Francis Uzoho will be out of action for six months
Uzoho injured his knee while trying to clear a corner during Nigeria’s 1-1 draw against Brazil in a friendly played on Sunday, October 13 in Singapore.
The 20-year-old goalkeeper's knee gave away when he landed awkwardly and he
went down in pain before he was taken away on a stretcher. 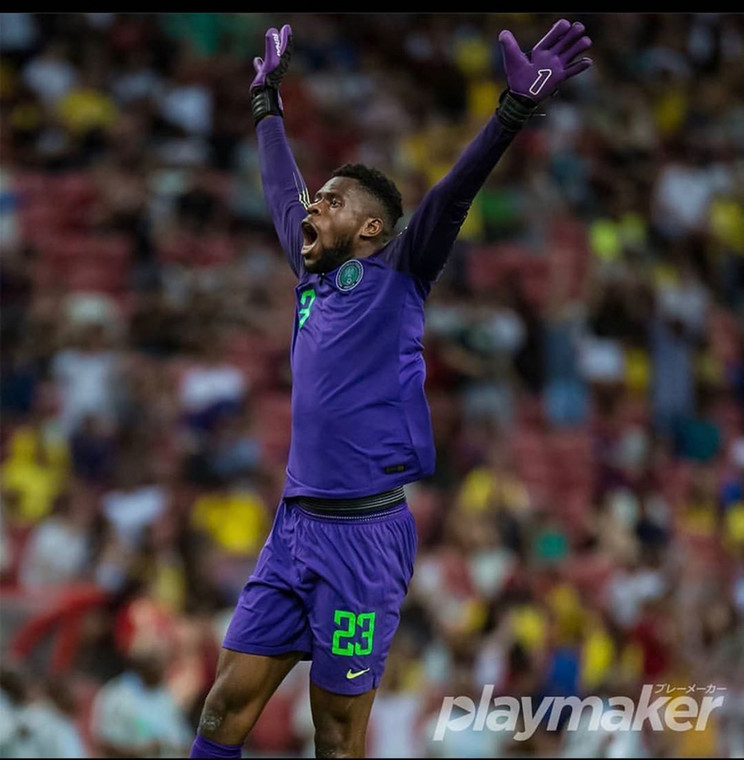 According to his club Omonia Nicosia of Cyprus where he is on loan from Deportivo La Coruña, Uzoho suffered a ligament tear in his knee which will take between four to 36 weeks to heal.
In his absence, Super Eagles boss Gernot Rohr could turn to either Maduka Okoye or Ikechukwu Ezenwa for the 2021 Africa Cup of Nations (AFCON) qualifiers.
Nigeria will face Benin at home and Lesotho away in their first two games of the qualifiers in November.
The injury comes just as Uzoho had been reinstated as the first-choice goalkeeper after he dropped in the pecking order at AFCON 2019.
By Solomon Isa at October 15, 2019
Email ThisBlogThis!Share to TwitterShare to FacebookShare to Pinterest