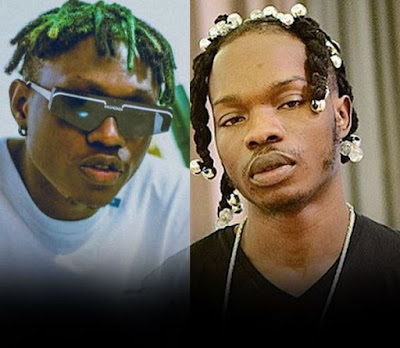 Nigerians have reacted following the release of a snippet video by musician, Zlatan Ibilemocking
Tacha’s alleged body odor in a yet-to-be-released song.

Recall that after Tacha’s disqualification, social media with agog with wild celebrations, hilarious memes and what’s not, so Zlatan Ibile decided to jump on the wave and he released a snippet of a song he was making in honor of Tacha.

However, Nigerians have said the lyrics are insensitive and could lead the housemate into depression.

Some Nigerians then wasted no time in calling out the Rapper and even his close friend, Naira Marley took to his comment section to drop a ‘Not cool’ statement.

Watch the video below:-


By Solomon Isa at September 28, 2019
Email ThisBlogThis!Share to TwitterShare to FacebookShare to Pinterest