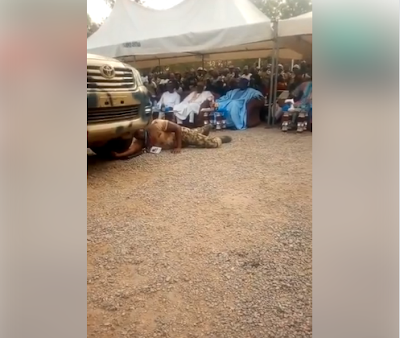 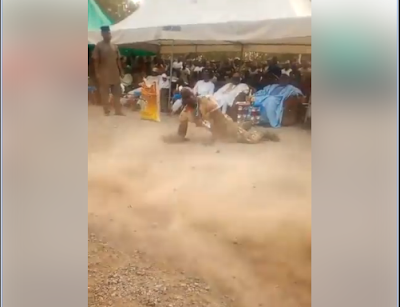 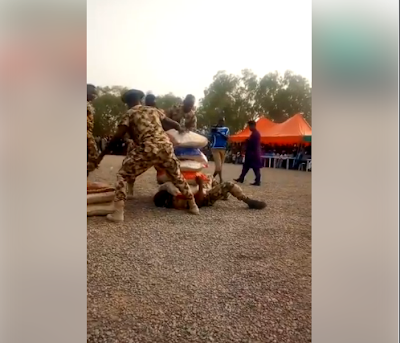 The decorated soldier displayed his strength by allowing a military vehicle to climb over his hand after laying on the ground.
After that display which amazed dignitaries and other guests at the event, the muscled soldier allowed seven bags of rice to be placed on him briefly by his colleagues. 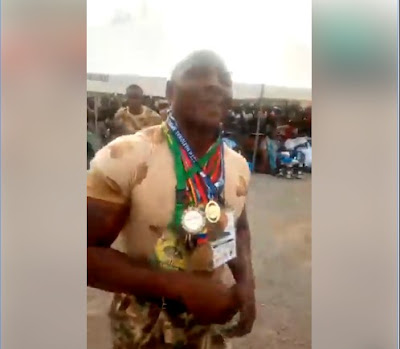 The soldier who won multiple awards at the event – was hailed by his colleagues and others over his displays.
By Solomon Isa at March 21, 2019
Email ThisBlogThis!Share to TwitterShare to FacebookShare to Pinterest