Just in: Do not work for INEC, until all dues are paid: NYSC state coordinator Akwa Ibom 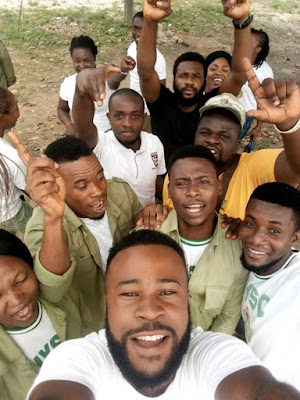 DUES AND BENEFITS OF THE CORPERS*

Sequel to the aggravation that ensued yesterday at the INEC office located in Aka Community Uyo, where corps members who perceived they had been treated unfairly made a statement of their displeasure by engaging in series of protests, some selected corp members took the action further by going to the State Coordinator and place further demands on the issue of the unpaid dues.

Mr Amusan O. J. responded accordingly and ensured them that the situation is under control and corpers will start receiving their payments through their various banks by Feb. 21st 2019.

However, he emphatically stated that all payments will be made before 4pm Friday 2019. Therefore that all corpers should delay their mobilisation to their various polling units until all dues are paid. This, he said, is to communicate their commitment to our well being and comfort, and to also display their transparency.

Therefore all corpers are not to embark on their various trips to polling units until all dues are paid.

By Solomon Isa at February 21, 2019
Email ThisBlogThis!Share to TwitterShare to FacebookShare to Pinterest