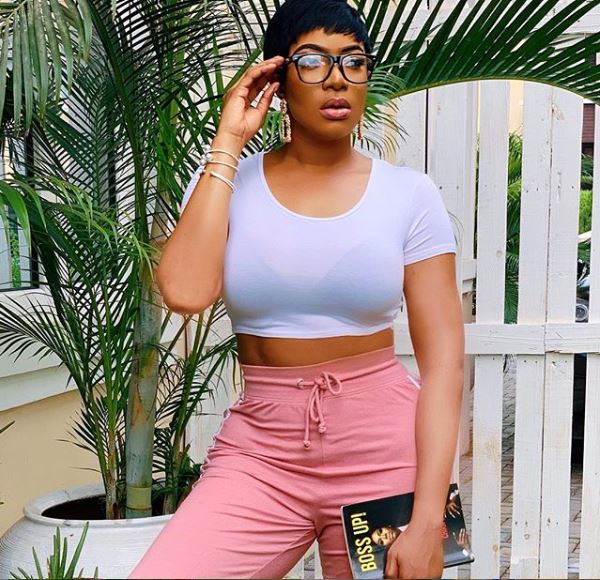 Chika Ike, one of Nigeria's most successful actresses, has thrilled her fans as she releases some new images of herself.
The movie star is known to be very fond of sharing images of herself every now and then with her fans on
social media who constantly crave her pictures. The actress on her part, never fails to oblige them.

In her latest posts on Instagram, the actress released the new photos in which she is seen showing off a new hairstyle. Rocking a pair of pink pants and and a white shirt, Chika also displayed her abs for her fans to see.

By Solomon Isa at February 20, 2019
Email ThisBlogThis!Share to TwitterShare to FacebookShare to Pinterest