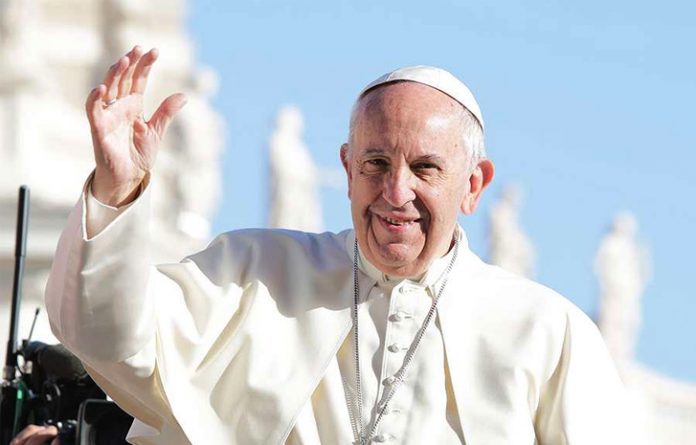 Pope Francis has called on Myanmar’s Buddhists to conquer their “prejudice and hatred” after holding the country’s first-ever papal mass.
The Pope’s comments mark his first public denunciation of the Rohingya crisis during
his visit to Myanmar. The military has been accused of torturing and killing Rohingya Muslims, with the UN describing the persecution as a “textbook example of ethnic cleansing”.

More than 620,000 Rohingya have fled their homes since violence broke out in August.
Pope Francis has spoken out in defence of Rohingya Muslims in the past, but did not mention the alleged persecution during his meeting with Myanmar’s leader Aung San Suu Kyi on Tuesday (28 November).
Suu Kyi has been criticised for her silence as reports emerge of children being beheaded and burned alive.
“The arduous process of peace-building and national reconciliation can only advance through a commitment to justice and respect for human rights,” he said during the meeting.
The pope stated his views more directly when he met with Buddhist monks on Wednesday (29 November).
“If we are to be united, as is our purpose, we need to surmount all forms of misunderstanding, intolerance, prejudice and hatred,” the Pope told the monks who are part of the Sangha, Myanmar’s highest Buddhist body.
Earlier on Wednesday (29 November), the Pope urged people to respond to hatred and rejection with “forgiveness and compassion”, when he addressed more than 150,000 worshippers during an open-air mass in Myanmar’s capital Yangon.
“I know that many in Myanmar bear the wounds of violence, wounds both visible and invisible…We think that healing can come from anger and revenge. Yet the way of revenge is not the way of Jesus,” he told the crowd.
“Many of you have come from far and remote mountainous areas, some even on foot,” he said. “I have come as a fellow pilgrim to listen and to learn from you, as well as to offer you some words of hope and consolation.”
Pope Francis Myanmar
Kyaw Min, a former MP and prominent Rohingya activist, told AFP that the Pope’s speech was “about the Rohingya”.
“He said there were some people who have been bullied and need to get their rights,” he said.
But nationalist Buddhists claimed his visit as a victory. “We worried before he came here that he would talk about the Rohingya issue,” Sithu Myint, a member of Buddhist nationalist force, told AFP. “We thank him for not using the word ‘Rohingya’… his speech about Myanmar was good.”
By Solomon Isa at December 29, 2018
Email ThisBlogThis!Share to TwitterShare to FacebookShare to Pinterest