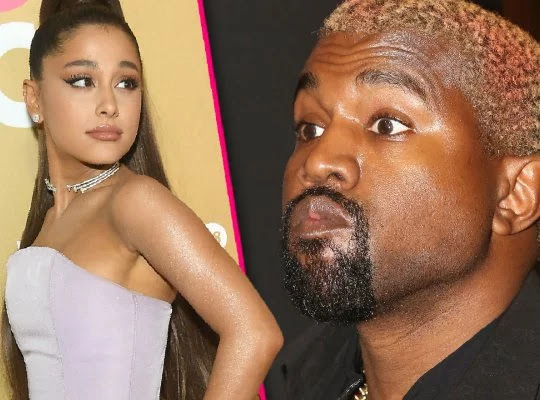 Kanye West has attacked popular American Singer, Ariana Grande after she criticised him over his feud with Drake.


Kanye caused a stir on social media few
days ago after he posted dozens of tweets insulting Drake,accusing him of being a bully and threatening his family.

Following the attention of Kanye’s tweets, Grande making reference to the spat on Twitter asked that her followers to pay more attention to the new singles that she and Miley Cyrus were preparing to release.
“Guys, I know there are grown men arguing online but Miley and I are dropping our beautiful, new songs tonight so if you all could please just behave for just like a few hours so the girls can shine that’d be so sick thank you,” she wrote.
However, this did not go down well with Kanye as he called her out for mocking his struggles with mental health issues.
He accused her of using his ‘mental health issues’ to promote her new music.
Kanye tweeted: “I know Ariana said this to be cool and didn’t mean no harm but I don’t like even slightest level of slight commentary from someone I know, loves and respects me.”
Ariana Grande, however, didn’t replies Kanye’s comment.