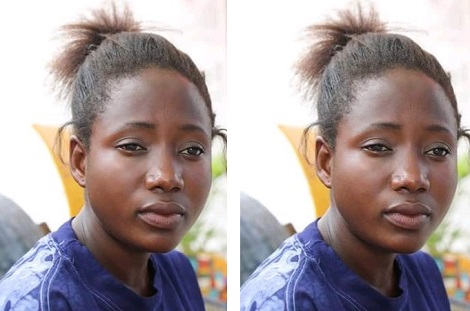 A 20-year old Nigerian house help who started out at 17 has narrated to Humans of New York how she has been s-xually abused by the husbands of the women who employ her as house help. In one of the cases, the wife
of the man beat her up, saying she made her husband s-xually attracted to her and denied her food. In another case, the so called man was a Pastor and made moves to her. She ran away.
Today, she is tired. Tired of life, blaming her parents for being poor and very eager to go back to school. Her story below…
“I want to live a happy life. I’m tired of living a poor life. I’m trying to save money for school but nothing is working. I’ve left home three different times looking for work. The first time I found a job as a housekeeper. But every morning when I got dressed the man would try to touch me. I was only seventeen. He wouldn’t even stop when I threatened to tell on him. His wife blamed me for his attention. She beat me severely. There were bruises all over my body. She didn’t even allow me to eat. But I tried to stay because I wanted to go to school so badly.
Then one morning he tried to rape me in the bath, and I finally ran away.
When I found a new housekeeping job, the same thing happened. This time it was a pastor. So a few weeks ago I switched to a cleaning job at an art gallery. But they just fired me for speaking to the visitors.
I don’t know why this always happens to me. It makes me so angry. I get mad at my parents for being poor. I get mad at my friends for going to school. When I see their graduation pictures on Facebook, I just start crying. I’m already twenty years old. I should be finishing school, but I haven’t even started yet. But everything has it’s own time. Hopefully my time will come too.” 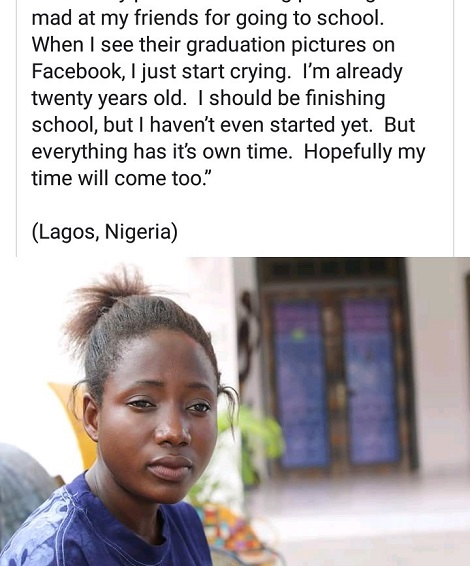 By Solomon Isa at October 05, 2018
Email ThisBlogThis!Share to TwitterShare to FacebookShare to Pinterest