5 Reasons Why Women Keep Going Back To Their Ex-Boyfriends 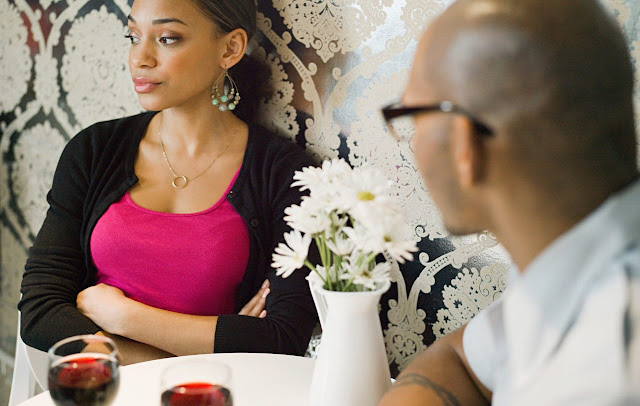 You’ve broken up with him for whatever reason and now you find yourself texting him to say, ‘hi.’ Why? Why can’t you leave him alone and accept the relationship is finished?

This may give you some insight into why you are not letting go of him:

1. Insecurity – No one wants to feel alone, and when you
have broken up with someone at 2 in the morning when you can’t sleep, you tend to forget why things were so bad for you both.

In your darkest hours, you will remember the fun times and good times. You will believe that if you two got back together, you could make it work.

You analyze what went wrong, and tell yourself that if he was by your side again, you would do things differently.

But they won’t be different. You have broken up for a reason. When you are feeling insecure, call your BFF, go and see a professional, or find a new social group to belong to.

When I first separated from my husband, I got out my address book (this was before the iPhone age), and booked up every free night I could. I joined the gym and lost 10 pounds. I treated myself when I wanted to and told myself how wonderful having freedom was. It worked. Years on and I wonder why we even got married in the first place!

2. Challenge – It’s a game to you. You wonder if you can get him to come back to you at a moment’s notice. You know how to push his buttons and you know what turns him on.

It’s not for the right reasons and it’s not a game. Playing with someone else’s feelings is not the thing to do. Men don’t always play games like women tend to – don’t ask me why – they just seem to like life a little less complicated.

So if you want a challenge, join a sporting or recreational club, and challenge yourself to be a better person than before you met him.

3. You Believe You Made a Mistake – If you said goodbye to him, it was no mistake. There was a reason you gave up on you two.

However, when you are alone and everyone else has someone to go out with, you wonder if you made a mistake when you split from him. You look at old photos and find reasons to believe things could have worked out.

Well, they didn’t. And don’t think you made a mistake, because you didn’t do that either. The only mistake you would make now, would be if you went back to him.

4. No One Else Can Have Him – You see that he has begun a new relationship while stalking him on Facebook. So you begin stalking her.

Even though you don’t know her, you have formed an opinion of her and it’s not a good one. She doesn’t know him like you do, so there is no way she could make him happy like you used to.

You were the one that he first cried in front of, and you were the first to show him how good loving could be. You share a history, so why does she think she can make him happier?

Well, you know what? She probably can make him happy and she probably will. And just because you two broke up, it doesn’t mean he can’t be with anyone else. Let him go and be grateful that he has someone else in his life that can give him what you couldn’t.

Because one day, you are going to be in his shoes and have someone who is so suited to you, that you will want everyone to be as happy for you as you are for yourself.

5. It’s Not Fair That He’s Happy – How can he look so good and happy while you are still eating tubs of ice cream in your old, faded bathrobe at 2 o’clock in the afternoon?

“It’s not fair!” You silently scream. And it’s not. Sometimes life is not fair. But you crying about it isn’t going to do anything except give you puffy eyes.

For him to look good, he is probably spending time on himself instead of wallowing like you are. He’s probably out and about meeting new people instead of being stuck inside, stalking Facebook, and crying into his cell to his BFF.

Guess what? Sometimes we have to face facts. We need to kick ourselves in the butt and get out of our self indulgent rut.

And if we start working on ourselves, and looking at our own beauty in the mirror instead of faults, we too can be happy.

And we can be happy on our own or with someone new. Let go of him today and grab hold of the new you, starting right now!
By Solomon Isa at July 25, 2018
Email ThisBlogThis!Share to TwitterShare to FacebookShare to Pinterest