US defense contractor caught with $16,500 in luggage is charged with spying for China 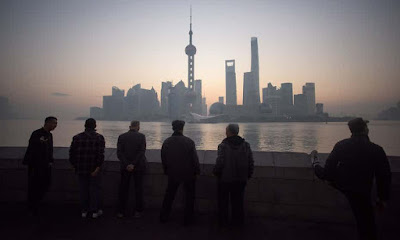 A US defense contractor and former State Department security officer who was found with $16,500 in his luggage has been arrested by American counterintelligence officials and charged with spying for China.
The Justice Department said Kevin Mallory of Leesburg, Virginia had sold classified
documents to Chinese intelligence agents on trips to Shanghai in March and April.

He could face up to life in prison if found guilty and potentially face the death penalty.
The source and content of the documents in question was not divulged but was characterised as “defence information” for which he received $25,000.

“Your object is to gain information and my object is to be paid,” he told the Chinese in a 5 May message, according to an indictment.

Mallory, 60, is a fluent Mandarin speaker who served in the US army, then as a special agent for the security service of the State Department, before becoming a contractor to various government agencies. Up until 2012 he had top secret clearance in positions in China, Taiwan, Iraq and Washington.

The Washington Post said Mallory had worked for the CIA.

The indictment says he made contact via social media in February with a Chinese “recruiter” who helped arrange a trip the next month to Shanghai to meet intelligence officials.

They were working under the guise of scientists with the Shanghai Academy of Social Sciences, according to the indictment.

They trained him in using a special communication device which, when examined by investigators, showed Mallory planning to hand over more documents.

According to the affidavit, Mallory travelled to Shanghai in April and was interviewed by customs agents at O’Hare airport in Chicago after he failed to declare $16,500 in cash found in two carry-on bags.

Mallory was charged with delivering defence information to a foreign government and with making false statements to FBI agents.
Dana Boente, acting assistant attorney general for national security and the US Attorney for the Eastern District of Virginia, where the case will be prosecuted, said in a statement that the charges “should send a message to anyone who would consider violating the public’s trust and compromising our national security by disclosing classified information”.