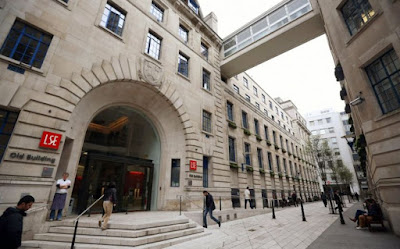 The London School of Economics was among the lowest-rated universities (Source: Getty)

Some of England's most respected universities have lost out to their less prestigious rivals in a new ranking of institutions which focuses on teaching
excellence.

Three members of the Russell Group of elite universities were given a bronze award in the government's new Teaching Excellence Framework (TEF), which ranks unis by the standards of their teaching.

The London School of Economics, the University of Southampton and the University of Liverpool among those rated bronze, while institutions regarded as less prestigious, including Leicester College, South Devon College and Weston College of Further and Higher Education, achieved the highest "gold" rating.

Among London institutions given a bronze rating were the School of Oriental and African Studies, the University of Westminster, Goldsmiths College and St George's, University of London.

Of the 295 universities which took part in the scheme, designed to assess UK universities' teaching quality, learning environment and the educational and professional outcomes achieved by students, 59 achieved gold status, 116 were rated silver, and 56 were rated bronze.

But Tim Bradshaw, the acting director of the Russell Group, said in a blog earlier this week that the TEF did not use the right criteria.


"By measuring performance against expected benchmark values based on student profiles, rather than absolute outcomes, the current TEF model risks understating how well some universities are performing," he wrote.

"It is right we recognise improvements across the sector, and celebrate them. But on the strength of the metrics alone, some universities may find it near impossible to secure a gold or silver TEF rating even if they are outperforming most other institutions."