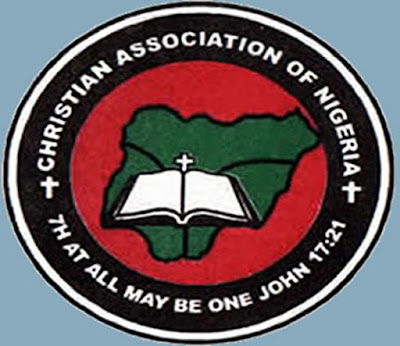 Christian Association of Nigeria (CAN) on Thursday insisted that Christian Religious Knowledge (CRK) was removed from secondary school education curriculum.
This is despite Malam Adamu Adamu, Minister of Education, and the Nigerian Educational
Research and Development Council (NERDC) saying that the school subject was not removed.
Rev. Samson Olasupo Ayokunle, CAN President, in a statement on Thursday insisted that the present Federal Government had planned removing the subject and dared the ministry and NERDC “to publish the full details of the controversial new curriculum of education if they have no hidden agenda. ”


According to Ayokunle, the removal of religious subjects from the secondary school curriculum will in the end undermine the sound moral values that existed among children in public schools in the country.
“This undermines the sound moral values that these two subjects had imparted in the past to our children which had made us to religiously and ethnically co-exist without any tension.
“Islamic Religious Knowledge was equally made available as a subject in another section without any corresponding availability of Christian Religious Knowledge. Is this not a divisive curriculum that can set the nation on fire? Is this fair to millions of Christians in this nation?”
Th e CAN president cited a case in Kwara State where a student was punished for refusing to register for Islamic Religious Knowledge.
“A Christian student in a secondary school in Kwara State had his body lacerated with cane by the Arabic teacher because the pupil refused to do Islamic Religious Knowledge when French teacher was not available and Christian Religious Knowledge, Hebrew or Greek were not part of the options at all.
“The chairman of Christian Association of Nigeria in Delta State has also called to complain that students are calling him to say that their teachers are saying that they will no longer be doing CRK as a subject again. Who is deceiving whom?” The statement read.
Recall that Adamu faulted the position of CAN over the matter when he spoke to newsmen after the Federal Executive Council (FEC) meeting in the State House on Wednesday.
Adamu said dummy was sold to CAN by the social media and probably by an individual who wanted to add to the growing tension in the country.