Zimbabwe bans the beating of children 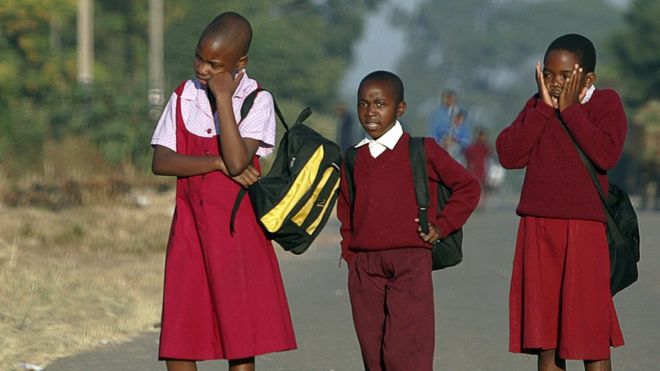 Zimbabwe's High Court has outlawed corporal punishment for children both at school and in the home.
The ruling comes after a parent complained that her child in grade one, a class for six-year-olds, had deep bruises after a beating by a teacher.
Linah Pfungwa said her daughter had been punished for failing to have her reading book
signed by guardians as proof she had done her homework.

The constitutional court will have to confirm the judgement.
The BBC's Shingai Nyoka in the capital, Harare, says if upheld, it would transform the way parents have disciplined their children for centuries in the southern African country.
Some parents are criticising the ruling, while rights groups says it is long overdue, she says.
Ms Pfungwa, who filed her application with support from the Justice for Children's Trust, said her child was severely assaulted with a rubber pipe.
"My child suffered major bruises and I took photographs and pictures... She had deep bruises on her back and she could hardly sleep properly," the state-run Chronicle newspaper quotes her as saying.
"I posted the pictures of my daughter on our WhatsApp group for other parents to observe and it turned out that other children had also been assaulted." 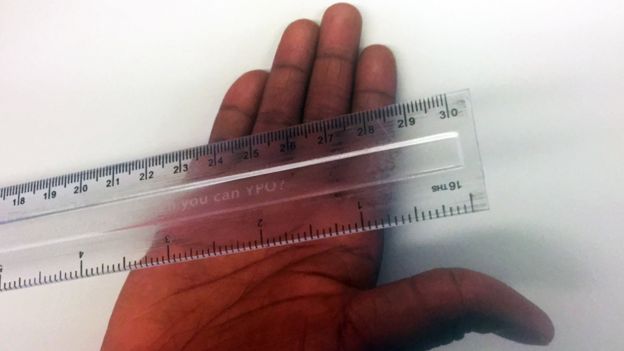 In her application, Ms Pfungwa said that children should not be subjected to any form of violence and such corporal punishment breached their rights under Zimbabwe's Constitution.
She argued that other forms of discipline should be used for children.
"If my child misbehaves, I ground her by denying her access to television as well as denying her pocket money or other goodies like sweets and presents," she said.
"If she does well, I reward her by presents or extra hours of watching television.
"My child is well-behaved and well-brought up simply as a result of the dialogue that I use as a means of discipline."
Justice David Mangota agreed that corporal punishment for children was unconstitutional and said that parents and teachers should not lay their hands on children even if they misbehave.
By Solomon Isa at March 05, 2017
Email ThisBlogThis!Share to TwitterShare to FacebookShare to Pinterest