Why a digital detox is bad for all of us 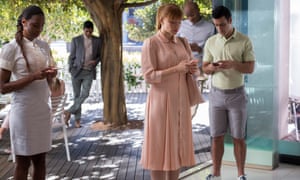 The “digital detox”. It’s the new juice cleanse. In the age of constant connectivity it’s now our minds rather than our bodies that need urgent purification. According to Ofcom, the average adult internet user spends more than 20 hours a week online. Our smartphones have become tiny iron lungs, our dependence on them so total that we now can’t finish dinner or even a sentence without checking our email. Mention the word “election” on Facebook in the morning and by lunchtime you’re estranged from your entire family. It’s hardly surprising that it has become standard “wellbeing” advice that we should switch off entirely.

It’s certainly tempting. I regularly reach the end of the day sick with the stale self-loathing of a person who has read the whole internet. I check Twitter in the bathroom, in bed, during dinner. I have to actively stop myself scanning the headlines while driving, during sex, while my kids are telling me their hopes and dreams. It’s driving me crazy. Yet still, I know that switching off from the news, even temporarily, is a truly terrible idea.
In Donald Trump’s America, just keeping up with current events feels like being trapped in a 1980s video game, shuttling through endless dark corridors while a succession of large objects fall on your head. It is by turns anxiety-inducing, sickening and downright terrifying.
And that is exactly how it should feel. Negative emotions and anxiety exist for a reason. The rancid sense of rising terror that we often feel in response to the current news cycle is a crucial early-warning system that things are indeed not right. Rather than trying to ignore and appease those feelings of anxiety by disengaging, we should be listening to what they are telling us. We need to be more vigilant, not less.
We need to hold our politicians accountable and we can only do that if we know the actual specifics of what they are doing. A vague feeling of “things are bad out there, but it doesn’t really concern me” is not enough. Basic norms and rights don’t get revoked overnight, but eroded bit by bit, while people are looking the other way.

If the news makes us anxious, there’s a reason for that, and we would do well to listen carefully to what that anxiety is telling us and do everything in our power to keep reading. If the soul-sucking digital drudge of the smartphone is making you sick, then buy the paper version of the newspaper instead. If constant connectivity is stressing you out, then set aside a time each day to read the news and switch off the rest of the time. Channel your anxiety into activism. Volunteer, protest, donate. Read the news in a forest, or in tree-pose. Set whatever boundaries you need to. But whatever you do, don’t switch off. Everyone’s wellbeing depends on it.After all, when in the last month or so would have been the best time for a digital detox? The week that the president appointed a man who facilitated the rise of white supremacy as his chief adviser? Or when his likely new science adviser derided climate scientists as a “glassy eyed cult?” Would it be the day when the government enacted an illegal travel ban explicitly targeting Muslims, or the times when the Trump referred to the free press as “the enemy” and banned them from press briefings? Would a digital detox be more relaxing on the day our leaders pledged to rid us of free school meals or healthcare?