From data compiled over 44 years, researchers found women were protected from bowel, endometrial and ovarian cancer by taking the contraceptive pill 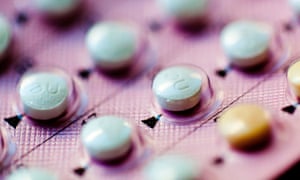 The results come from the longest-running study into oral contraceptive use in the world. Photograph: RGB Ventures/Alamy


Women who have taken the contraceptive pill are protected from some types of cancer for as long as 30 years after they stopped taking it, according to new research.
Those who have used the pill “during their reproductive years” are less likely to have bowel cancer, endometrial cancer or ovarian cancer than women who had never taken it, a study at the University of Aberdeen found.
Researchers also looked at the risk of all types of cancer in women who have taken the pill
during their reproductive years and found it does not lead to new cancer risks later in life.

The results are the latest published from the longest-running study in the world into the effects of taking the contraceptive pill.
Established by the Royal College of General Practitioners in 1968, the Oral Contraception Study was set up to look at the long-term health effects of oral contraceptives.
The latest study, led by Dr Lisa Iversen, relates to 46,000 women followed for up to 44 years.
Iversen, research fellow in the Institute of Applied Health Sciences at the university, said: “Because the study has been going for such a long time we are able to look at the very long-term effects, if there are any, associated with the pill.
“What we found from looking at up to 44 years’ worth of data was that having ever used the pill, women are less likely to get colorectal, endometrial and ovarian cancer.
“So, the protective benefits from using the pill during their reproductive years are lasting for at least 30 years after women have stopped using the pill.
“We were also interested in what the overall balance of all types of cancer is amongst women who have used the pill as they enter the later stages of their life. We did not find any evidence of new cancer risks appearing later in life as women get older.
“These results from the longest-running study in the world into oral contraceptive use are reassuring. Specifically, pill users don’t have an overall increased risk of cancer over their lifetime and that the protective effects of some specific cancers last for at least 30 years.”
The study, which has received funding from bodies including the Medical Research Council, Imperial Cancer Research Fund and the British Heart Foundation, published its latest findings in the American Journal of Obstetrics and Gynaecology.
By Solomon Isa at March 25, 2017
Email ThisBlogThis!Share to TwitterShare to FacebookShare to Pinterest