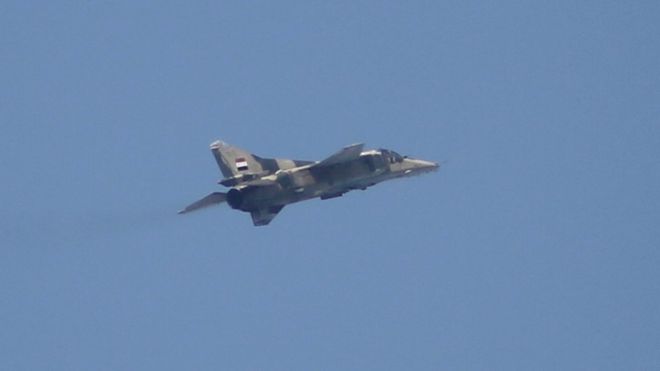 A plane believed to be a Syrian military aircraft has crashed near the border between Syria and Turkey, Turkish officials say.
A Syrian army source said the air force had lost contact with a fighter jet near the border, state TV reported.
Turkish Prime Minister Binali Yildirim said a search was under way for the pilot, who was thought to have ejected.
An Islamist group which is fighting the Syrian government said the plane had been shot
down.

Ahrar al-Sham tweeted a video which it said showed the plane being "targeted".
A spokesman for the group, Ahmed Karaali, was quoted by Turkey's state-run news agency Anadolu as saying the government plane had been bombing Idlib province in northern Syria when it was shot down by opposition forces.
By Solomon Isa at March 05, 2017
Email ThisBlogThis!Share to TwitterShare to FacebookShare to Pinterest