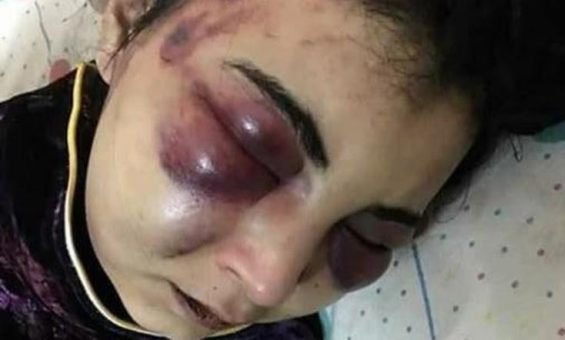 An Egyptian man brutally tortured his wife and locked her up upon discovering that she set up a Facebook page after he refused to create an account for her.

According to Egyptian security forces, Asmaa Samir was brutally tortured by her husband Mustafa Raafat who tied her with ropes and locked her up in their house for three days while depriving her of food and drink and torturing her using sharp tools.

During the interrogation, Raafat said his wife opened three accounts using fake female names, as she wanted to see if he would cheat on her, adding that he punished her by beating her up. He denied reports that he had starved her.

Many women rights organizations called for the man to be tried after a medical report revealed that he had severely injured his wife.

Several lawyers also said they are willing to represent the victim pro bono, while many Egyptians took to Twitter to voice solidarity with her and called on the Egyptian attorney general and relevant authorities to imprison Raafat...
Source: Alarabiya English