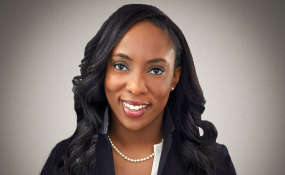 We've been celebrating the achievements African women and today we introduce yet another remarkable young woman, Tomi Adeyemi. The 23 year-old Nigerian author of Children of Blood and Bone landed a movie deal with Fox studios. The movie deal is one of the biggest for a debut fantasy
with Fox studios and it will be part of a trilogy.

Tomi Adeyemi is a Nigerian creative writing coach based in San Diego U.S., and a graduate of Harvard University with a honors degree in English literature. After her studies at Harvard, she received a fellowship that allowed her to study West African mythology and culture in Salvador, Brazil.

She offers expertise on creative writing tips to 3,500 subscribers who are aspiring authors via her blog Tomiadeyemi.com. Her book 'Children of Blood and Bone' has landed a lucrative deal, one of the biggest deals with Fox Studios in Hollywood.
The story is captivating and has been referred to as an epic accomplishment, and it is expected to feature on the big screen soon.
The book, which is the first of a trilogy, contains episodes characterized around African culture and with a mixture of magic which creates fascinating mythology of a world of its own but familiar to readers.
WORLD!!!!!!! IM GOING TO BE A PUBLISHED AUTHOR!!!https://t.co/VFGal5CezX pic.twitter.com/1BlMwAYSbb
- Tomi (@tomi_adeyemi) March 29, 2017
Her twitter response after signing the deal with Fox Studios.
'Children of Blood and Bone'
Adeyemi's describes the book through her blog as the first installment in a West African fantasy about a girl who must fight against the monarchy to bring magic back to her people.

The intriguing story centres on Zélie Adebola who saw her mother being killed by the society when she was only six years because her mother was a magician. In another chapter, she introduces the land called Orïsha, filled with dark-skinned, magical people.
Read: Celebrating Black Girl Magic: 8 year old girl writes best seller on caring and dealing with annoying little brother
The book is also called Black Magic, it sets the young women on a quest to end gender based violence, corruption and oppression by light skinned royal class and kings.
Adeyemi brings the world of fantasy, where blackness is at the forefront with intriguing magic characters.
Her message to aspiring writers, "If you're an aspiring author, check out my writing tips and free writing resource library here".
We can't wait to experience the movie on the big screen soon.