Can the contraceptive pill protect women from cancer? 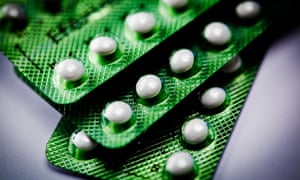 Who is suggesting that the pill might protect women from cancer as well as from pregnancy?
The University of Aberdeen, which has been analysing results from the Oral Contraception Study set up by the UK Royal College of General Practitioners more than 40 years ago. There have always been concerns about the mass medication of healthy women, and it has more often been the risks and harms of the pill, rather than its benefits, that have been trumpeted.
So which cancers does the pill protect women from?
The pill protects women from endometrial cancer – cancer of the womb – ovarian and bowel cancer. That had been established. But this, the longest-ever study, says that protection lasts up to 35 years after women stop taking it, and that there are no other cancers connected to it
in the long-term.

But doesn’t the pill increase the risk of breast cancer?
Yes, while taking it, but women on the pill are generally young and have a low risk of breast cancer, unless they have a family history. A small increase on a small risk is not much to worry about, and the increased risk disappears within five years of coming off the pill. There is also a small increased risk of cervical cancer, but that also disappears within five years of stopping.
Did the study discover anything else?
Yes. It found that women who take the pill are no more likely to get other sorts of cancers in later life than women who don’t. So, in relation to cancer, researchers say the pill is very safe in the long term.
What have other researchers found?
Researchers at Oxford University published a major review in 2008, which showed that the pill reduced the risk of ovarian cancer by 20% for every five years that a woman took it. Those on it for 15 years cut their risk in half. That’s an attractive idea, because ovarian cancer is not easily detected at an early stage, and kills two-thirds of those who get it. The Oxford scientists published in the Lancet, which ran an editorial calling for the pill to be available over the counter, as opposed to prescription-only, thereby “removing a huge and unnecessary barrier to a potentially powerful cancer-preventing agent”.
In 2015, the same team published a further review on the protection the pill provided against endometrial cancer. Protection lasted for at least 30 years, said Prof Valerie Beral. Women in their 70s were still being protected due to taking the pill earlier in life. “It is time to start saying that not only does it prevent pregnancy, which is why people take it, but you should know you are less likely to get cancer than women who don’t take the pill,” Beral said.

Why would the pill protect from cancer?
Female hormones are implicated in a number of cancers. The pill contains a low dose of the hormone oestrogen, which is linked to breast and cervical cancer, so it raises these risks, as does HRT (hormone-replacement therapy), which is given to women dealing with menopausal symptoms. But it also contains progesterone, which is known to be protective against endometrial cancer.
Aren’t there other risks involved in taking the pill?
Yes, although the NHS says they are small and that “for most women, the benefits of the pill outweigh the risks”. There is a slight increased risk of stroke because oestrogen can cause blood to clot more readily. In the leg, that can cause deep-vein thrombosis. Clots can also form in the lung or cause a stroke or heart attack. The NHS has a list of conditions that make taking the pill more risky, and says that if women have more than one of them, they should find another form of contraception. They include being over 35, being a smoker, being very overweight and having high blood pressure.
So does this mean most women should take the pill for a while in their youth?
If women want to use the pill to prevent pregnancy, the anti-cancer effect is an added bonus, and might make it a more attractive form of contraception. But no medicine is without any side effects at all, and for a small number of people, the pill is a more risky option.
By Solomon Isa at March 25, 2017
Email ThisBlogThis!Share to TwitterShare to FacebookShare to Pinterest