Beauty and the Beast: Russia considers ban over 'gay moment' 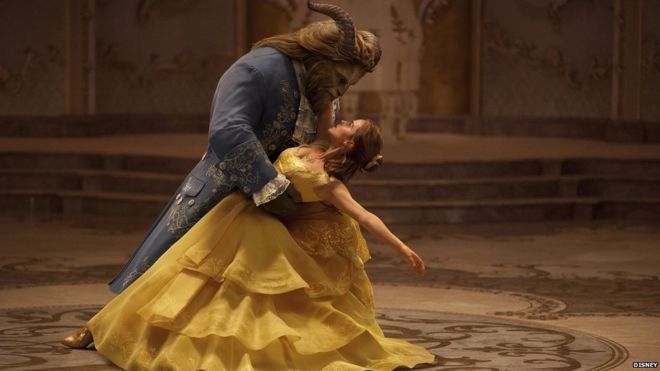 Russian officials are coming under pressure to check if Disney's new film Beauty and the Beast breaches the country's law against "gay propaganda".
Culture Minister Vladimir Medinsky said action would be taken after the checks while an MP described the film as "shameless propaganda of sin".
The live-action remake of Beauty and the Beast features Disney's first ever gay character and love scene.
A Russian law prohibits the spreading of "gay propaganda" among minors.
The 2013 legislation, which has angered human rights activists and the international gay
community, describes homosexuality as "non-traditional sexual relations".

Homosexuality was decriminalised in Russia in 1993 and the country officially removed it from a list of psychiatric disorders in 1999.
However, homophobic attacks have been documented in recent years.
Director Bill Condon has spoken of an "exclusively gay moment" in Beauty and the Beast.
It involves LeFou, who is a sidekick of the film's main antagonist Gaston.
LeFou, played by US actor Josh Gad, tries to come to terms with feelings for Gaston that swing between lust and admiration, as a side-plot to the main story.
The movie is due to be released in Russia on 16 March.
But Vitaly Milonov, an MP of the governing United Russia party, urged the culture minister to hold a screening of the film before it was released to see if it complied with the law and to "take measures to totally ban" it if he found "elements of propaganda of homosexuality". 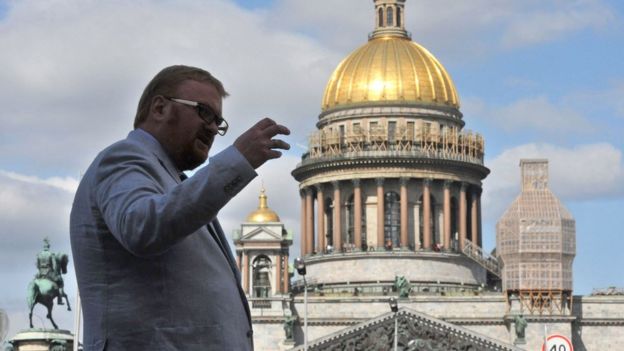 His colleague Alexander Sholokhov said that if the scenes violated the law, the film should be banned from cinemas.
"As soon as we get a copy of the film with relevant paperwork for distribution, we will consider it according to the law," Mr Medinsky said.
Meanwhile, Russian actor Pavel Derevyanko told state-run TV Russia 24, "I will not take my kid to this movie."
When the first Beauty and the Beast trailer was released last year it had almost 130m views in 24 hours.
Emma Watson plays Belle, the young girl who falls in love with a monstrous beast with a dark secret. 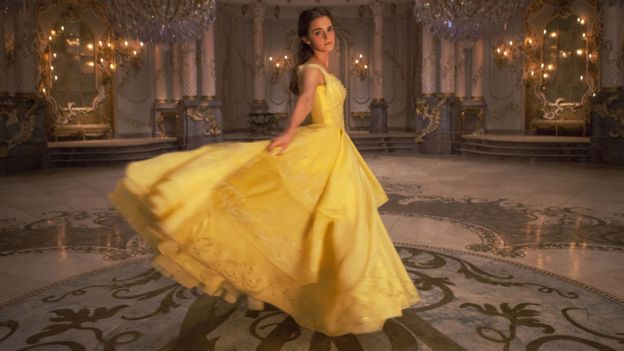 Her suitors - the Beast and Gaston - are played by Brit stars Dan Stevens and Luke Evans.
The cast includes Ewan McGregor, Gugu Mbatha-Raw, Kevin Kline and Stanley Tucci.
In another groundbreaking moment, the film is to feature the first interracial kiss in a Disney live-action film.
The animated version of Beauty and the Beast came out in 1991.