Amanda Seyfried was the victim of an invasive personal photo hack earlier this week.

On Saturday, the 31-year-old star was spotted for the first time since the stolen nudes were leaked to the web.

The very pregnant actress and new hubby Thomas Sadoski put on brave faces and got some fresh air while taking their dog Finn on a walk to a nearby party. 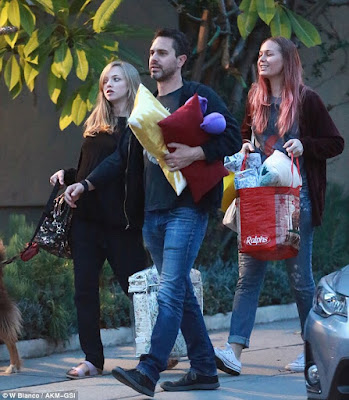 on Saturday. It was the first time the 31-year-old beauty has been seen since intimate photos of the star were leaked online earlier this week
It seemed as if the newlyweds were ready to put the scandal
behind them, looking focused on the moment as they carried heaps of supplies to the nearby party. 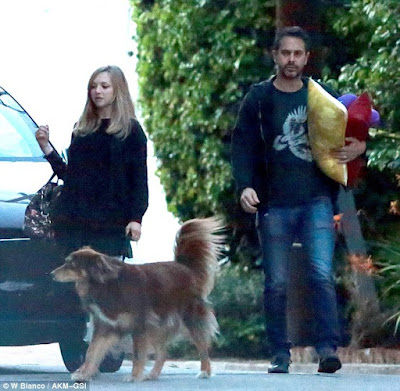 Man's best friend: The newlyweds were happy to be joined by their dog Finn as they headed to a nearby party

As the Les Miserables talent was lead by their lovable pup, her freshly minted husband carried several squishy pillows and a comforter while their pink-haired pal walked behind schlepping more supplies.

In addition to being Amanda's first spotting since her nude photo scandal, this was the couple's first public outing since their secret wedding.

The Newsroom actor revealed their union by showing off his wedding ring during an interview on The Late-Late Show With James Corden on Thursday. 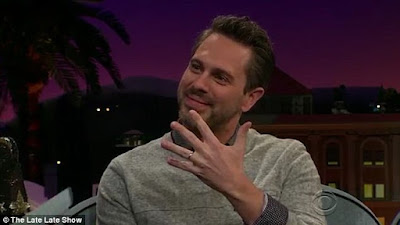 'We eloped!': The Newsroom actor showed off his ring while appearing on James Corden's Late Late Show on Thursday night
Earlier this week, news broke that stolen photos of Seyfried as well as actress Emma Watson were posted on the internet and circulated via the dark web.

Amanda and team were swift to threaten legal action after intimate photos found their way online.

A letter from her legal team, seen by website TMZ, states: 'Several very private photographs of Ms. Seyfried either in various states of nudity or in intimate moments with her former boyfriend (the 'Seyfried Photographs') have been reproduced and posted.'

The photos appear to be from the Mean Girl's two year romance with actor Justin Long back from 2013 to 2015. It is unclear if the photos were stolen from Long or Seyfried's device.
By Solomon Isa at March 19, 2017
Email ThisBlogThis!Share to TwitterShare to FacebookShare to Pinterest