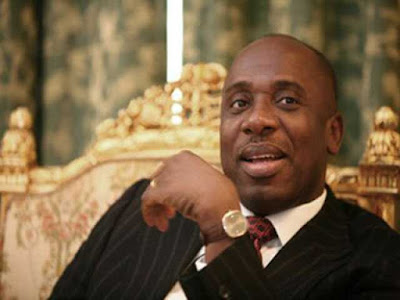 Minister of Transportation, Mr. Rotimi Amaechi, yesterday, said All Progressives Congress, APC, government did not promise to fix Nigeria’s problem within a year and cautioned those
lamenting the economic hardship to wait till 2019 for the desired change.

Amaechi, who was the Director General of the Campaign Organisation of President Muhammadu Buhari during the 2015 elections, said though the Federal Government knows that things are difficult, Nigerians should wait till the end of the four-year mandate given to the administration before they can judge whether the government had performed or not.

According to him, “we did not promise you that those challenges will be solved in one year or you would have given us a one-year mandate. But you gave us four years mandate, so wait till the end of four years before you can conclude that we have not done well.”

According to him, if accessed, the loan would enable the government embark on the rivatalisation of rail projects, which would create more jobs. He said: “Go and talk to your people in the National Assembly. They are the ones holding the Federal Government back from improving on the infrastructure that would provide mass employment for the people by stopping the President’s borrowing plan from China. They are the ones frustrating our efforts.”
By Solomon Isa at February 08, 2017
Email ThisBlogThis!Share to TwitterShare to FacebookShare to Pinterest