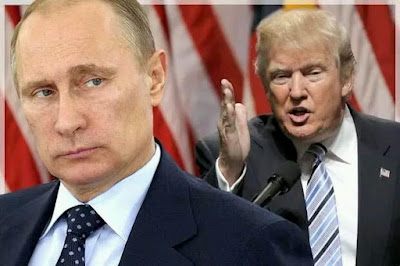 A new report suggests that President Donald Trump’s aides may have been floating ideas for lifting at least some of President
Barack Obama’s sanctions on Russia in the days prior to the resignation of former national security adviser Michael Flynn.

Michael D. Cohen, the president’s personal lawyer and long-time confidant, and Felix H. Sater, a former Trump business associate with ties to Russia, are reported to have met with Ukrainian parliament member Andrii V. Artemenko in New York City days before Flynn’s resignation, according to The New York Times. The plan, which Cohen and Sater said they didn’t discussed with the president, is eye popping. As the Times reported:

Mr. Artemenko said he saw in Mr. Trump an opportunity to advocate a plan for peace in Ukraine — and help advance his own political career. Essentially, his plan would require the withdrawal of all Russian forces from eastern Ukraine. Ukrainian voters would decide in a referendum whether Crimea, the Ukrainian territory seized by Russia in 2014, would be leased to Russia for a term of 50 or 100 years.

Given Russia’s past history of rigging elections in Ukraine, this referendum would most likely be quite controversial. What’s more, Artemenko has admitted having contacts with high-ranking Putin advisers and is currently working to oust Ukraine’s current president, Petro O. Poroshenko, who has strongly opposed Putin’s invasion.
By Solomon Isa at February 20, 2017
Email ThisBlogThis!Share to TwitterShare to FacebookShare to Pinterest