Tension rises in America, Donald Trump might be impeached after 31 days in office

The wave of impeachment calls against President Donald Trump of the United States, is growing more boisterous, and some have raised fears that Trump's presidency might be cut short. 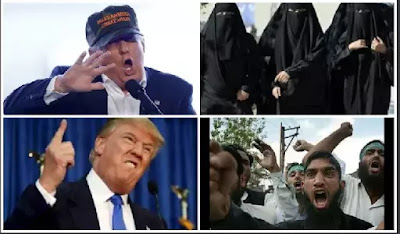  
Tension rise in America, Donald Trump might be impeached after 31 days in office
Likely to be the second shortest presidency

Donald Trump’s presidency is likely to be the second shortest
ever, a leading historian and author has claimed.

The Independent reports that Professor Ronald Feinman predicted that the former reality TV star will stay in the top job “between the 31 days of William Henry Harrison in 1841,” who died of pneumonia; and the “199 days of James A. Garfield in 1881”, who died 79 days after he was shot by an assassin “after terrible suffering and medical malpractice”.

 
Even if his time in office is “dragged out”, Feinman predicted that Mr. Trump is unlikely to last the 16 months and five days of 12th president Zachary Taylor, who died of a digestive ailment while Head of State in 1850.

The 20th century American history professor, who recently published a book about the unfortunate fates of US leaders, added that he thought the “Pence Presidency” was inevitable. He was referring to Mr Trump’s Vice President, Mike Pence, who would take over if Mr Trump was to leave the leadership.

Impeachment or the pressured to resign

 
In a blog post, he added that he thought it was likely that Mr Trump will be impeached or forced to resign in a matter of weeks.

His prediction comes shortly after the White House admitted the President was told several weeks ago that his National Security Adviser Michael Flynn had not told the truth about a telephone call with a Russian diplomat.

The news fuelled broader concerns about his closeness to Russian President Vladimir Putin and the role his country may have played in helping Mr Trump’s election.

“Many foreign policy professionals are shaking their head at Trump’s inappropriate behaviour and language every time he speaks in public, or issues a Twitter comment, and his instability and recklessness”, he said, citing Mr Trump’s decision to hold a security meeting over the North Korean missile test in a public space in earshot of other people as “a sign of his failure to act responsibly”.

“The fact that Vice President Mike Pence played a major role in pushing Flynn out is a sign that Pence is already asserting himself with Trump” he said, adding the vice President often appears uncomfortable with Mr Trump’s “freewheeling and careless behaviour”.

No US president has ever been successfully impeached, although an attempt was made to Bill Clinton but he was acquitted by the Senate.

Richard Nixon also resigned before he could be impeached for serious wrongdoing in the Watergate scandal.
By Solomon Isa at February 18, 2017
Email ThisBlogThis!Share to TwitterShare to FacebookShare to Pinterest