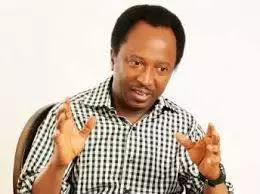 Senator Shehu Sani representing Kaduna Central in the upper house of legislature has alleged that some politicians wish President Muhammadu Buhari dead in order for them to become
the vice to acting president Prof. Yemi Osinbajo. 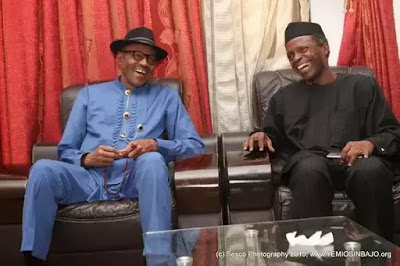  
He noted however that the plot of the officials has failed because President Buhari is set to return home soon. He noted also that neither Buhari nor Osinbajo trusts these officials with evil thoughts.

He said: “Those peddling rumours of Buhari’s death are not distance enemies who by hook or crook want to be Vice President to Osinbajo but unfortunately they woefully failed because Buhari is coming back safely and healthy.

 
Senator Shehu Sani says some politicians want to break the Buhari-Osinbajo partnership and become vice president.
 
“Unfortunately for them, neither the Vice President, Professor Yomi Osinbajo, nor Buhari trusts them.

“Osinbajo is a trusted ally to his boss and he dislikes anything that would make him compromise the trust he enjoys.”

Senator Sani also expressed deep worries that some of those who work closely with the president are not sincere in their tasks.

“Buhari has a daunting task of fumigating his government, cleanse it and flush out these hyenas who eat from the nation’s treasury without pains,” he said.
By Solomon Isa at February 26, 2017
Email ThisBlogThis!Share to TwitterShare to FacebookShare to Pinterest