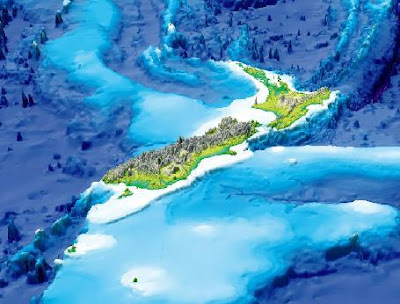 According to a new report, scientists have discovered a mostly-underwater continent called Zealandia.

The new continent is now 94 percent submerged underwater, although it includes notable islands like New Zealand and New
Caledonia, according to researchers at GNS Science (New Zealand’s geoscience agency). 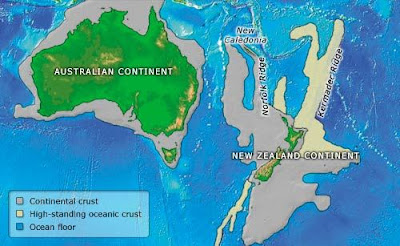 The continent is a 3 million-square-mile region in the southwest Pacific Ocean. The islands are connected by “submerged continental crust across a large area of Earth’s surface,” the authors of the study wrote.

According to the report, the mostly underwater continent is “geologically separate and distinct from Australia and Antarctica.” It’s the youngest, thinnest and most submerged continent on the planet.

The theory of underwater Zealandia was put forward back in 2007 by Hamish Campbell, one of the authors behind the GNS’s recent report. In his book “In Search of Ancient New Zealand,” Campbell argued that at one point, Zealandia was completely underwater and the parts that emerged (like modern-day New Zealand) did so because of a collision of continental plates.

Previously, Zealandia was just thought of as a “collection of continental islands, fragments and slices.” All scientists are really saying is that the pieces we previously thought were separate are actually all part of one big underwater continental crust.
By Solomon Isa at February 17, 2017
Email ThisBlogThis!Share to TwitterShare to FacebookShare to Pinterest