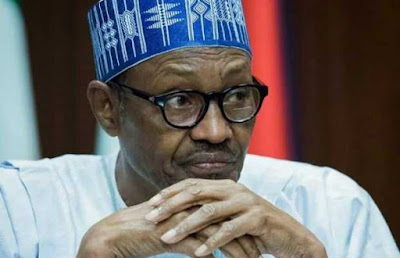 Following confirmations by the Acting-President, Yemi Osinbajo; Minister of Information and Culture, Lai Mohammed; and Speaker House of Representatives; Yakubu Dogara; that President Muhammadu Buhari is hale and hearty; Nigerians have continued to call for his resignation from office as the
presidency appears to allegedly be speaking from both sides of the mouth.
In his commentary, a public affairs analyst, Dr Peregrino Brimah has insisted that the President must resign, stressing that Buhari is deliberately absconding from the duties of his office under the guise of routine medical checkup.

Recall that President Muhammadu Buhari has written the National Assembly of his desire to extend his vacation citing medical reasons.

 
Brimah said: “The official spokespersons of the Federal government of Nigeria including its minister of information have informed the public that President Muhammadu Buhari is hale and hearty, not sick in any form whatsoever and that he is simply absconding from his leadership duty, indefinitely, while he takes routine medical tests and awaits the results.

“Nigeria’s Vice President and Acting President, Pastor Yemi Osinbajo confirmed that President Muhammadu Buhari is not sick; he is “hale and hearty” and simply absconding from office and Nigeria, taking a long and indefinite vacation in the United Kingdom.

“Senate Committee on Police Affairs, Senator Abu Ibrahim, stated as quoted in the Vanguard put it even worse, claiming the president is absconding in London being exhausted by Nigeria’s issues. He said, “President Buhari will soon come back” noting that there was no need for Nigerians to be unduly apprehensive “because Mr. President is not sick but exhausted by the weight of the problems the country is going through.”

“Without more said; regardless of whether President Muhammadu Buhari is indeed sick or hale and hearty, his absconsion from duty and vacation to the United Kingdom for 18 days from January 18th to February 6th, falsely advertised as 10 days; and his inability to return to the country “indefinitely,” prompts the necessity in national interest for Buhari to put Nigeria above self and resign or be resigned. Nigeria cannot afford to wait or be unnecessarily delayed.”
By Solomon Isa at February 09, 2017
Email ThisBlogThis!Share to TwitterShare to FacebookShare to Pinterest