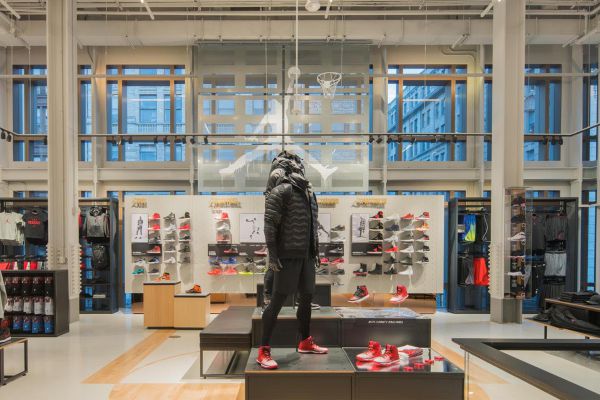 Earlier this year, we revealed that TJX leased a store at 140 West St., which at 68,400 square feet was the largest retail deal completed Downtown in 2016.

But the largest retail deal in the city was Nike’s at SL Green and
Jeff Sutton’s 650 Fifth Ave., which squeaked by with an extra 814 square feet topping the year at 69,214 feet, and exceeding the all-time retail pricing at $700 million over the life of the lease.

While just 814 feet larger, it is meaningful in a real estate world where every foot can be worth thousands of dollars.

At $100 per square foot — the lower level asking rent at 140 West St. — it would come to an extra $81,400 per year. But at $4,000 per foot — the ground floor asking rent on the Nike deal — the extra squares total $3.256 million, proving that in the Big Crystal Apple, all feet matter.
By Solomon Isa at February 01, 2017
Email ThisBlogThis!Share to TwitterShare to FacebookShare to Pinterest