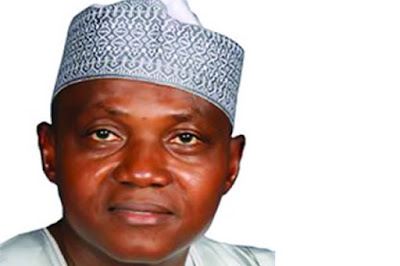 The Federal government has stated that because of the conscientious efforts of the President Muhammdu Buhari-led administration, the country has just achieved the record of being
the second largest producer of rice in the world.

It also added that a recent survey revealed that because of the federal government’s alternative revenue generation drive that puts more emphasis on agriculture, 48,000 new millonires all from Kebbi State alone, had emerged from growing rice, adding that its job creation drive was at its all time high with 300,000 last year and 500,000 more jobs to be given this year.

This, the administration said, would not have been possible if President Muhammdu Buhari had not come to office, dislodging the last government of the Peoples Democratic Party (PDP), who’s continued stay at the helms of affairs, allegedly would have resulted in insurgents taking over the seat of government.

Senior Special Assistant to the Presidentify on Media, Shehu Garba, said this over the weekend at the special interactive section with students of various institutions organized by Citizen Support for Good Governmence in Nigeria (CSGGN) in Abuja, even as he added that the President’s only desire is a “future that is secure and stable for young generations”.

“All of the money earned was just going to buy food. As I speak to you now Nigeria just achieved the record of the second largest of rice in the world. The rice revolution just started a year ago. A newspaper did an investigation in Kebbi and they found out that there were 48,000 new millionaires in Kebbi state alone for growing rice. Over reliance on oil has killed this country and we cannot continue like this.

Garba said: “The jobs are being created last year we promised half a million jobs, the economy couldn’t support it but before the close of the year we had done more than 300,000 the balance that will be carried into the new year. And another 500,000 will be given jobs and I’m happy that the economy is getting better, oil price is going up and the policies of government in the Niger Delta are beginning to calm things down.

“This why in his messages he has stayed on three key issues, he has reported this over and over again, he says this country cannot make any progress without security. And look at all of the way the efforts that has been put in rolling back Boko Haram. There are many people who believe that of not for president Muhammadu Buhari, PDP had continued in this country in 2015 they would have taken over Aso Rock by now”.
By Solomon Isa at February 21, 2017
Email ThisBlogThis!Share to TwitterShare to FacebookShare to Pinterest