Tens of thousands of people in Mexico have taken to the streets to protest against Donald Trump's immigration policies and plan for a border wall. 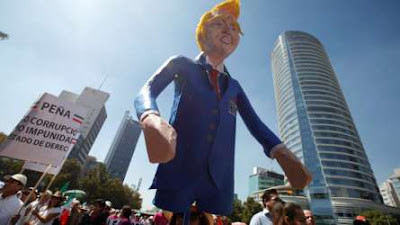 Demonstrators in more than a dozen Mexican cities, dressed in white, waved Mexican flags and anti-Trump placards.
Organisers said they wanted to send a message that Mexico was
united against Mr Trump. 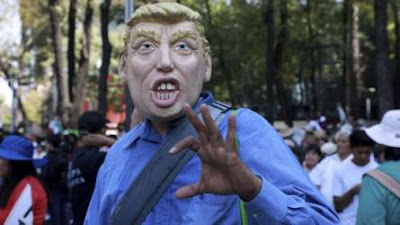 Mr Trump's plan to build a wall along the US border with Mexico has angered citizens in the country and Mr Pena Nieto has consistently refused to meet the US president's demands to pay for it.
"Mexico does not believe in walls," he said. 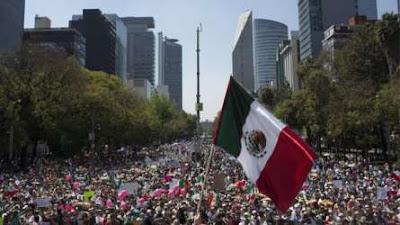 Mr Trump has already signed an executive order for an "impassable physical barrier" along the US border with Mexico and insisted that the Mexican people reimburse the US.
He has repeatedly said that the wall is necessary to stop the "unprecedented surge" of illegal migrants from Central America.
Building a 2,000-mile barrier along the Mexican border was one of Mr Trump's key pledges in the election campaign.
  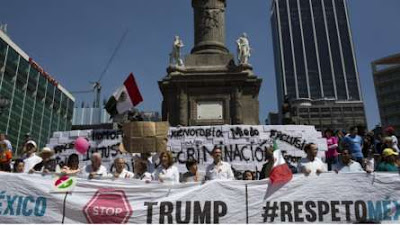 Thousands of people march in Mexico City in protest at US plans for a border wall
 
Demonstrators unite in a call for Mr Trump to respect the Mexican people
Mr Trump's crackdown on immigration has also created fear among Mexicans living in the US, who may face deportation under the president's new measures.
On Thursday, Mr Trump signed three executive orders targeting crime and drug cartels with the aim of deporting illegal immigrants who have committed such crimes.
By Solomon Isa at February 13, 2017
Email ThisBlogThis!Share to TwitterShare to FacebookShare to Pinterest