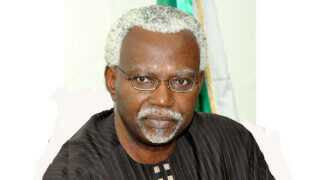 The Chairman of the Independent Corrupt Practices and other related offenses Commission, Ekpo Nta, has disclosed that the commission in course of its operations has seized 62 houses from
one female public officer.

Nta said this while answering questions during interaction at the Akwa Ibom Anti-Corruption Summit in Uyo on Tuesday.
The theme of the summit was: “Transparency and Accountability: a panacea to good governance and sustainable development.”
Nta expressed confidence that the anti corruption war was gradually yielding positive result in the country.
He said the commission had interim power to seize property of any public officer whose property was above the accruable income and could not be explained.

According to him, the property will be forfeited to the Federal Government after all litigations have been concluded.
The ICPC boss warned public officeholders not live above their income as the commission had the mandate of interim seizure of any public officer property that live above his or her income.
“There are many facets of corruption in Nigeria the commission will stop at nothing to bring anyone found to have contravened the anti-corruption crusade to book,” Nta said.
He added that the commission had successfully retrieved 40 vehicles that were stolen by retired directors of the Federal Ministry of Water Resources and warned against trivialising the anti-graft war of the current administration.

Nta further said that the commission was prosecuting over 400 corruption cases in different courts in the country, adding that those found guilty at the end of the investigation would be made to face the full wrath of the law.
He said the commission had taken a step further by launching the campaigns in institutions of higher learning and the National Youths Service Corps.

He explained that the anti-corruption module had since been introduced into the curriculum of the University of Calabar, adding such measures would go a long way toward entrenching moral values in students.
Nta said the commission had launched anti-corruption clubs in orientation camps, disclosing that such measures had assisted the commission to detect and arrested about 42 fake corps members at orientation camps in the recent times.
Governor Udom Emmanuel of Akwa Ibom State said corruption had eaten deep into the fabrics of the Nigerian system.
Emmanuel urged all and sundry to be in the vanguard of curbing the menace of corruption if the country must move forward.
“We must change our mindsets about the way we do things in the country,” Emmanuel said.
The governor decried what he described as illicit cash running into over $157 billion leaving the shores of Nigeria abroad through fraudulent practices.

He identified corruption as the greatest enemy of development, adding that it was regrettable the wholesale repatriation of illicit funds across the borders to develop other nations.
According to him, if such cash are used within the shore of the country, the socio-economic life on Nigeria and Nigerians will have been positively impacted.

The governor enjoined all well meaning Nigerians to join the ongoing crusade to rid the system of corruption and other economic crimes plaguing the country.
By Solomon Isa at February 08, 2017
Email ThisBlogThis!Share to TwitterShare to FacebookShare to Pinterest