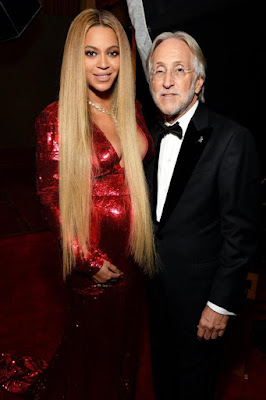 Despite criticism from musicians and fans, the man in charge of the Grammys insists his show is fair.

Recording Academy President Neil Portnow defended Sunday’s award show amid calls of racism after Beyoncé was snubbed in
the top three awards of the night.

“I don’t think there’s a race problem at all,” he told Pitchfork.

“It’s always hard to create objectivity out of something that’s inherently subjective, which is what art and music is about. We do the best we can. We have 84 categories where we recognize all kinds of music, from across all spectrums.”

Beyoncé lost out on Song, Record and Album of the Year to Adele, despite being a heavy favorite for her “Lemonade” album.

Adele herself even said that Beyoncé deserved to win.

“I can't possibly accept this award, and I'm very humbled, and I'm very grateful and gracious but, my artist of my life is Beyoncé,” the “Hello” singer said while accepting Album of the Year for “25.”

“And this album for me, the 'Lemonade' album, is so monumental, and so well thought out, and so beautiful.”

Beyoncé’s sister, Solange, made similar comments before erasing the tweets.

Sunday night, she tweeted out a link to Frank Ocean’s Tumblr post that accused the Grammys of “cultural bias” when Taylor Swift beat Kendrick Lamar for Album of the Year in 2014.

On Monday, she posted again.

“Create your own committees, build your own institutions,” she tweeted mid-afternoon, "give your friends awards, award yourself, and be the gold you wanna gold my g’s. 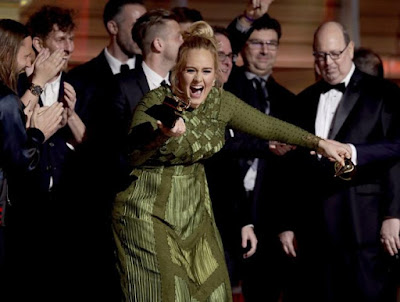 “There have only been two black winners in the last 20 years for album of the year there have been over 200 black artist who have performed.”

“It's where the white man puts the (incomparable) pregnant black woman because he is so threatened by her talent, power, persuasion and potential. Friendly reminder: don't be racist.”

But Portnow defended the awards, citing the 14,000 Academy members who vote in the democratic process.

“We don’t, as musicians, in my humble opinion, listen to music based on gender or race or ethnicity. When you go to vote on a piece of music—at least the way that I approach it—is you almost put a blindfold on and you listen. It’s a matter of what you react to and what in your mind as a professional really rises to the highest level of excellence in any given year,” he told Pitchfork.

“And that is going to be very subjective. That’s what we ask our members to do, even in the ballots. We ask that they not pay attention to sales and marketing and popularity and charts. You have to listen to the music. So of the 14,000 voters, they listen, they make up their minds, and then they vote.”