- The Plateau state government is in mourning mood

- This is due to the passing away of Governor Simon Lalong's deputy chief of staff, Barrister Yusuf Gambo Hawaja

- He died at the Bingham University Teaching Hospital (BhUTH) in Jos, the state capital on Sunday, February 19 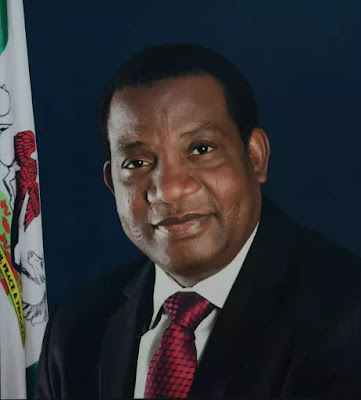 According to the report, Barrister Yusuf Gambo Hawaja died on Sunday, February 19 at the Bingham University Teaching Hospital (BhUTH) in Jos the state capital.

Daily Post gathered that he collapsed in his house and died in the car as he was being taken to the hospital.


A member of Muslim Ullamah in the state. Alhaji Sani Mudi, confirmed the development according to the report.

He died at the aged of 54 years old leaving behind his aged mother, Hajiya Maryam Hawaja, four children and his wife Hajiya Fatima Hawaja.

 
He was appointed deputy chief of staff by Governor Lalong in 2015. He has since being buried according to Muslim rights.

The incident is coming almost three weeeks after Agunola Omomowo, chieftain of the Peoples Democratic Party (PDP) and chairman of Ilaje local government area of Ondo state slumped and died in his hotel room.


Omomowo, popularly known as "Adoration" among his political supporters died in the early hours of Friday, February 3 after attending a political meeting.
By Solomon Isa at February 20, 2017
Email ThisBlogThis!Share to TwitterShare to FacebookShare to Pinterest