Exclusive: AJ Vandermeyden paints picture of a hostile work environment that promoted less-qualified men and retaliated against her for raising concerns 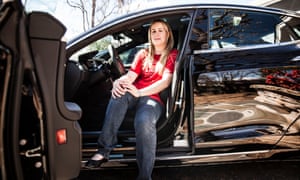 A female engineer at Tesla has accused Elon Musk’s car company of ignoring her complaints of “pervasive harassment”, paying her a lower salary than men doing the same work, promoting less qualified men over her and retaliating against her for raising concerns.
The allegations of AJ Vandermeyden, who still works at the celebrated electric car manufacturer, paint a picture of a hostile work environment dominated by men where
inappropriate sexual behavior is tolerated and women face numerous barriers to advance their careers.

Vandermeyden, 33, shared her story with the Guardian at a time when Silicon Valley is reeling from the explosive allegations of former Uber engineer Susan Fowler. In a viral blog post, she alleged that management and HR dismissed her complaints about documented sexual harassment and sexism, protected a repeat offender because he was a “high performer” and suggested that women in the company weren’t as skilled as men.
Offering a rare public account of discrimination from a tech worker who remains employed at her company, Vandermeyden said her dedication to Tesla motivated her to advocate for fair treatment and reforms – despite the serious risks she knows she faces for going public.
“Until somebody stands up, nothing is going to change,” she said in a recent interview, her first comments about a discrimination lawsuit she filed last year. “I’m an advocate of Tesla. I really do believe they are doing great things. That said, I can’t turn a blind eye if there’s something fundamentally wrong going on.”
Vandermeyden began at Tesla in 2013 and was eventually promoted to a manufacturing engineering position in the general assembly department, which consisted mostly of men and where she was paid less than male engineers whose work she directly took over, according to her complaint.

It was common for her to be the only woman in meetings with 40 to 50 men, she said on a recent morning, seated in the living room of her family’s house in San Carlos, the city where Tesla was founded, located across the bay from its current factory in Fremont.
Currently, all chief executive positions are held by men at Tesla, and out of more than 30 vice-presidents, only two are women, she added.
“It’s shocking in this day and age that this is still a fight we have to have.”
Vandermeyden said that when complaints arise at Tesla about workplace issues or inequality, the response is often: “‘We’re focused on making cars. We don’t have time to deal with all this other stuff.’”
Tesla, founded in 2003, has gained international recognition for its battery-powered vehicles and “autonomous” driving technology, promoted by Musk, the ambitious entrepreneur who makes headlines for bold pledges about space travel, artificial intelligence, underground tunnels and driverless cars.
But Vandermeyden’s complaint, filed last fall, alleges that there were inadequacies in the quality testing of cars, and that she raised issues about the flaws she observed, which supervisors and male engineers had missed.
Although she came up with a solution, men were granted positions above her, her lawyers wrote. She and other female engineers were denied promotions even though they were “equally or more qualified” than the men, according to the complaint. 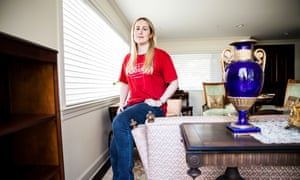 At the same time, she also experienced “unwelcome and pervasive harassment by men on the factory floor including but not limited to inappropriate language, whistling, and cat calls”, the lawsuit said.
Vandermeyden recounted to the Guardian an incident in 2015 when she said a group of roughly 20 men standing on a platform above her and a female colleague began taunting as they walked past.
“They all started hooting and hollering and whistling,” she said. “That can’t happen without somebody noticing … It’s disturbing.”
But her objections about sexual harassment and unequal pay only caused her more trouble, according to her complaint. The lawsuit alleges that after she raised concerns in the fall of 2015, management told her that in order to advance her position, she needed to achieve a performance standard in the factory that was unattainable and not expected of male engineers.
Despite positive performance evaluations, she felt she had to transfer out of general assembly to the purchasing department where she continues to work today, according to her suit.
The lawsuit said Tesla also denied her overtime pay, rest breaks and meal periods when she worked in sales, and retaliated against her for being a “whistleblower” when she raised concerns about cars “sold in a defective state”.
Some of her claims of mistreatment echo those that have recently emerged from Tesla factory workers, who allege that they have to work long hours for low wages in unsafe conditions. Musk has vigorously denied those claims and criticized an effort by workers to unionize.
Tesla did not respond to questions about Vandermeyden’s claims, but said in an email that it “understands the importance of fostering an inclusive workplace that is reflective of the communities we call home” and recognizes “there is more we can do to promote diversity”.
“As with any company with more than 30,000 employees, it is inevitable that there will be a small number of individuals who make claims against the company, but that does not mean those claims have merit,” the statement added.

Vandermeyden’s suit said she has suffered “mental distress” and “humiliation”.
In an interview, she said it takes a toll on her knowing that her work is undervalued.
“Equal pay is something that is essentially in the back of your mind every single day,” she said. “You have all these data points showing how you’ve exceeded some of the predecessors and improved on the system. It wears on you.”
Therese Lawless, Vandermeyden’s lawyer, said many women in similar positions choose not to speak up. “It’s very difficult for women to come forward. They’re concerned that their career is going to be hindered or jeopardized.”
For those who do raise complaints, dealing with HR can be a painful struggle, added Lawless, who represented former Reddit CEO Ellen Pao in her high-profile discrimination lawsuit against venture capital firm Kleiner Perkins Caufield & Byers.
“Most of my clients come in and say, ‘human resources isn’t helping me. They’re just protecting the company.’”
Vandermeyden recently took out a hefty loan to buy the cheapest version of the Model S Tesla car and has a reservation for the upcoming Model 3. She is hopeful her lawsuit and public comments won’t end her career at a company she loves: “I think they’re a revolutionary and innovative company.”
But she admitted she has doubts about her future.
“Half the time when I walk into work, I wonder if my badge is going to work.”
By Solomon Isa at February 28, 2017
Email ThisBlogThis!Share to TwitterShare to FacebookShare to Pinterest