Ed Sheeran ready to settle down with girlfriend Cherry Seaborn 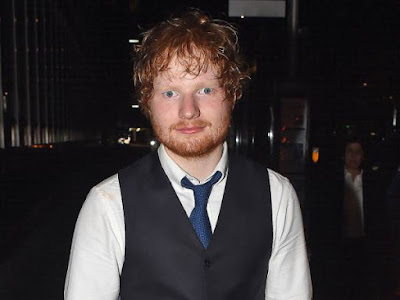 Ed Sheeran is ready to give up the single life for good and settle down with his girlfriend Cherry Seaborn.

The Shape of You singer has revealed he and Cherry now live
together and their relationship is beginning to get very serious.

“She lives three or four miles away from me, where I grew up, and we live together now,” Ed told Australian radio hosts Kyle and Jackie O on Tuesday , adding, “We just got cats!”

And, with St. Valentine’s Day just around the corner, the singer/songwriter confessed he “feels pretty good about” the idea of spending the rest of his life with his girlfriend.

The Lego House hitmaker started to think seriously about starting a family while he was travelling last year, noting, “I wanted to be a dad last year. I’m ready. Let’s go. I want a load of tour bus babies.”

And he has even planned his future around parenthood, revealing he’ll take his kids on the road with him until they start school and then he’ll take an “extended break” and work on producing other artists’ music from a home studio.

“I think Springsteen took an extended break when his kids went to school,” he said. “I think that’s gonna be me.”

Ed and Cherry first started dating in 2015 but they hit the headlines last summer when they were spotted kissing in the background of a party photo pal Taylor Swift posted on social media. Ironically, the bash was staged to partly celebrate the couple’s one-year anniversary.
By Solomon Isa at February 26, 2017
Email ThisBlogThis!Share to TwitterShare to FacebookShare to Pinterest