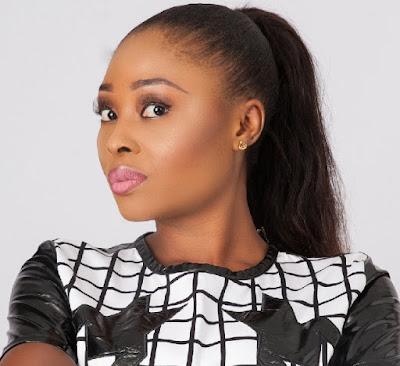 IT WAS the end of the road for CocoIce as she was announced the latest evictee from the 'Big Brother Naija' reality TV competition on Sunday.
She was nominated alongside fellow housemates – Bassey,
Bisola, Debie-rise and Gifty – for possible eviction the previous week.

Unfortunately, she earned the least amount of votes which terminated her stay in the house and her race for the N25million prize money. Her exit from the competition follows Soma and Miyonse's who were evicted last week.

As always, housemates waited with bated breath as the show's host, Ebuka Obi-Uchendu, revealed the results of the votes. As with the previous eviction show, Ebuka said the housemates would be sent to the arena, from where he would announce the evicted housemate.

Bisola was the first housemate to be announced 'safe' as she secured over 40% of the votes as later revealed. The next housemate called was Gifty. She was asked to leave to the house followed by CocoIce. With Bassey and Debie-rise remaining the last two nominated housemates standing, he was visibly relieved when he was asked to sit and Debie-rise sent out of the house. At the arena, Ebuka revealed CocoIce as the evicted housemate and with that announcement, CocoIce made her final exit out of the BBNaija house.

During her interview with Ebuka, she said she was nervous, as it was a new experience for her. She maintained that she did not know how to play the game and she was ready to go home to greatness.

When asked whom she thought might have evicted her, she shrugged and said TTT, Bisola and Uriel were her top guesses.

She however was not surprised when it was revealed to her that Uriel had indeed nominated her.

Meanwhile, Ebuka at the start of the show announced that one housemate would be evicted while Big Brother will introduce two new 'fake' housemates into the house. These new housemates, as explained by Ebuka, will not be going into the house for the competition but rather, to 'shake the housemates up a bit' by causing drama.

The housemates, Jon and Ese, made their entry into the house without suspicion from the housemates. Ebuka later announced that they are immune to next week's evictions and also cannot take part in the nomination process this week.

'Big Brother Naija' is aired 24/7 in 45 countries from Nigeria through east, west and southern Africa on DStv channel 198 and GOtv channel 29.

All the action can also be followed on 'Big Brother Naija' social media fan pages with the hashtag #BBNaija as well as on Twitter, Instagram and www.facebook.com/bigbrothernaija.