A novelty football match for Gloria Young at 50 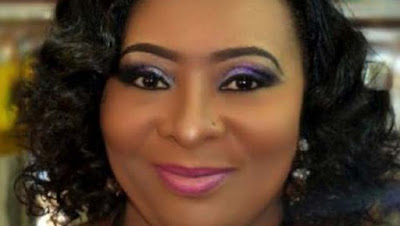 Friends and colleagues of the long-standing actress and mass communicator, Gloria Anozie-Young, would converge on the practice pitch of the National Institute of Sports inside the National Stadium in Surulere, Lagos today from 3pm for a
special novelty football match.

The match, which would be between Nollywood actors and their female counterparts, is to celebrate her clocking 50.

Colleagues of the actress also intend to use the match to mark her 25 years sojourn on screen.

Organisers of the match hinted that it would hold amidst music, acrobatic and comedy performance.

A stage and screen actress, Gloria, adorable wife of the deep actor, Norbert Young, made name as one of the stars of the 1993 box office hit Glamour Girls. She has since then not looked back.

Nollywood actress, Dayo Amusa, is back with another blockbuster hit, titled Pathetic, which would be showing at the cinemas from March 24.
Dayo’s last effort, Unforgivable, showed the dexterity of the actress and helped cement her status as an A-list act in the industry.

The movie broke records and made sales far beyond many people thought it would.

She described the production as a thrilling and insightful marital story intricately woven on the life of a famous celebrity.

The story revolves around Rita Shonibare, a renowned television star, who is caught in a web of confusion as she makes a compromise on her budding career so as to overcome her marital ordeals resulting from her wayward and inconsiderate husband, who explores her status to his own devious means.

Dayo said this is her best yet, adding: “Shooting this movie, for me, is more about passing a message and helping the world see the hidden struggles celebrities face, even with those they call family and friends.

“It is an attempt to share our struggles and also communicate a message to anyone going through such situations.”
By Solomon Isa at February 04, 2017
Email ThisBlogThis!Share to TwitterShare to FacebookShare to Pinterest