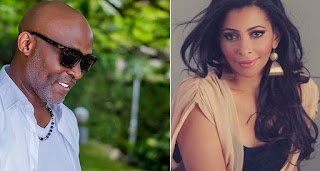 Sports journalist, premium show host and presenter of Sports 360 on Vox Africa, Mimi Fawaz and Nollywood legend, Richard Mofe-Damijo (RMD) have been confirmed as the official comperes of the 2016 Glo-Caf Awards.

A graduate of City University of London, Mimi  is half-Nigerian (her mother is from Asaba, Delta State, Nigeria) and half-Lebanese and has worked for CNN, ESPN and ITV Television networks.
By Solomon Isa at January 05, 2017
Email ThisBlogThis!Share to TwitterShare to FacebookShare to Pinterest