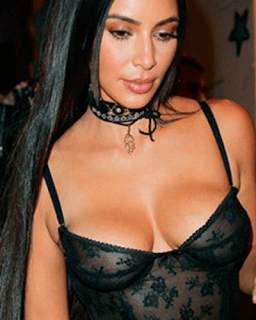 Kim Kardashian is laying low on her 36th birthday

Today, the Keeping Up with the Kardashians star turns 36 years old but has largely remained under the radar since she was robbed in Paris a little over two weeks ago.

Maybe she’s finally realized that posting pictures of her multi-million dollar jewelry isn’t the best idea, especially when she’s frequently revealing her locations. While we’re still expecting boob and butt selfies, it seems like there won’t be as much bling appearing on her Instagram account from this point forward…but guys, it’s been 18 days.
18 days without Snap stories, app updates, Instagrams or Tweets. All of Kardashian West’s social media accounts have been on freeze mode, and the  production of Keeping Up With The Kardashians has been put on hold indefinitely, as the days continue to pass.

She was scheduled to ring in the bash at Las Vegas’ Hakkasan Nightclub, she has since canceled the appearance and a source tells PEOPLE magazine that she plans on keeping the day very low-key and has no big plans. “She just wants to be with her kids and out of public,” says the source. “No one is pressuring her either. She has the best support from her family.”
She’s come out triumphantly from a previous invasion of privacy before and we’re sure she’ll do it again. We’re rooting for you girl, happy B-day !
By Solomon Isa at January 06, 2017
Email ThisBlogThis!Share to TwitterShare to FacebookShare to Pinterest