Dr. Fabian Benjamin, JAMB’s Head of Media and Information, told the News Agency of Nigeria on Friday in Lagos that the exercise would be jointly carried out with operatives of the
Nigeria Security and Civil Defence Corps 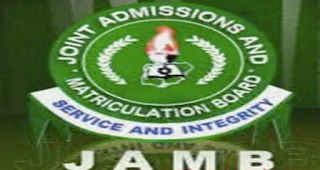 The Joint Admissions and Matriculation Board says it is embarking on a national raid of cyber cafe ahead of its Unified Tertiary Matriculation Examination.
Dr. Fabian Benjamin, JAMB’s Head of Media and Information, told the News Agency of Nigeria on Friday in Lagos that the exercise would be jointly carried out with operatives of the Nigeria Security and Civil Defence Corps.
Benjamin said the raid was meant to smash the operations of some syndicates operating cyber cafes to print fake UTME registration numbers and application documents to prospective candidates.
According to him, four suspects have already been apprehended in Ekiti State for printing and selling fake registration documents for the 2017 examination.
Benjamin said: “This development is an eye-opener that same could be happening in other parts of the country.
“We shall, in collaboration with the NSCDC, commence a national raid of all cyber cafe in the country, any moment from now.
“We will not fold our arms and watch some elements defraud Nigerians, parents in particular, who desire education for their children.
“These persons arrested in Ekiti were holed out in their cyber café, where they have been carrying out their illegal activities and had defrauded prospective candidates to the tune of over N10 million.
“We had a synergy with NSCDC, which led to the discovery of serious illegal manipulation of JAMB registration forms, numbers as well as admission letters.”
Benjamin warned prospective candidates against handing information regarding the sale of the registration documents to other persons to avoid falling prey to the activities of the suspects.
He said: “We had warned severally that we had yet to commence the sales of the 2017 registration documents, and that candidates should be patient because we are putting finishing touches to the entire examination process.
“This is because we want to tackle all the hitches that had been associated with the examination in the past years and make it almost 100 per cent hitch-free.
“As soon as this is achieved, and we are set to roll out the registration documents, we will do massive sensitisation.
“Candidates must realise that no cyber cafe is authorised to do any form of registration, as candidates who defy this warning are doing so at their own risk.”
NAN.
By Solomon Isa at January 29, 2017
Email ThisBlogThis!Share to TwitterShare to FacebookShare to Pinterest