Cristiano Ronaldo Confesses, Says I Have Many Women In My Life But Don’t Know Who To Stick With SOLOMON 10:01:2017 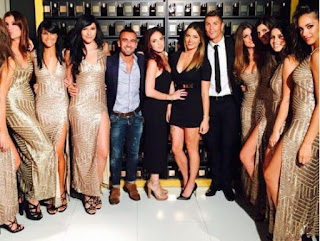 Cristiano Ronaldo has admitted that he has ‘a few’ women in his
life currently but is in the process of working out which one is the best for him. The Portugal and Real Madrid forward said this while speaking on The Jonathan Ross Show to promote his new film.

Ronaldo, who split from long-term girlfriend Irina Shayk almost a year ago hasn’t had a girlfriend, just females that take care of his needs. When asked by Ross whether there was “someone special” in his life, Ronaldo replied: “A few.” 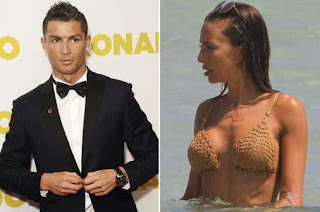 He admitted that the women in question are aware of each other, and added: I need to figure out who is better.”

Ronaldo is now rumoured to be dating Italian model and actress Alessia Tedeschi but the 30-year-old Portugal captain also claimed that while he had little problem meeting members of the opposite s3x, finding people he wants to start a relationship with is really difficult.

“Well, it’s not easy. Seriously speaking, it’s not easy. I know 50 per cent they approach just for interest, it’s normal, not just me but all the people who are famous they have these kind of problems. “But in another way, I think I’m a confident guy, I’m tall, I have my own teeth, I have a nice body so I think the other 50 per cent it’s because I have great qualities too.” He added.
By Solomon Isa at January 10, 2017
Email ThisBlogThis!Share to TwitterShare to FacebookShare to Pinterest