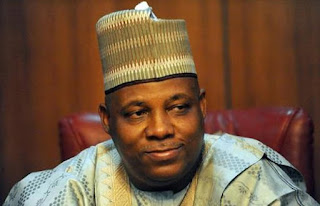 As part of its efforts to curtail criminality and social vices, the
Borno State government has announced the ban of the sale of alcohol and prostitution in the state.

The Commissioner of Justice, Alhaji Kakashehu Lawan, made the announcement while briefing newsmen on Thursday in Maiduguri.

He said that mobile courts would be set up to try violators of the new law.

“The sale of alcohol is hereby banned throughout the state with effect from Jan. 20.

“All brothels and other spots where prostitution, immoral activities, sale and consumption of illicit drugs take place are hereby banned with immediate effect,” he said.

The commissioner however explained that military and paramilitary formations across the state are exempted from the ban.

“Military and paramilitary formations (Mammy Markets are exempted as provided by the liquor business (prohibition) law 2000.

“Those engaged in the activities above particularly in Galadima, Gamboru, Moduganari, Wulari, Hot Bite, Baga Road, Mairi, London Ciki, Artellery and along Giwa Barracks are hereby warned to take note,” he said.

Lawan called on owners of unregistered chemists and patent medicine stores to register their outfits or be made to face the wrath of the law.

“All unregistered chemists and patent medicine stores are hereby warned to properly get registered with in two weeks from today or be forced to close down.

“Government will not tolerate a situation where unregistered or unlicensed persons engage in such business that directly touches on the health of the citizenry,’’ he said.


By Solomon Isa at January 13, 2017
Email ThisBlogThis!Share to TwitterShare to FacebookShare to Pinterest