January 28, 2017
AFRO-pop queen,Yemi Alade, and renowned film maker, Fidelis Duker, are among the Nigerian entertainers who have frowned at the Federal Government’s decision to probe the shooting of
the ongoing Big Brother Naija, BBN, reality TV show, in South Africa.

The “Johnny” crooner took to Twitter page to react to the issue. According to the singer, federal government shouldn’t probe the Big Brother Naija and if they want to, they must tell the world why they mistakenly bomb IDP camp. 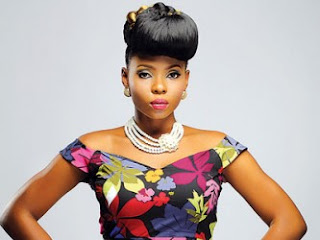 “Don’t Nigerian filmmakers shoot their movies in other countries? When Cadbury and the likes left Nigeria for neighbouring Ghana. Why didn’t you force them back? Fix your Infrastructure and everything will fall in place,” Fidelis Duker wrote on his Facebook page.

The Federal Government, Monday, directed the NBC to determine whether MultiChoice, by shooting the show in South Africa, has breached the Nigerian Broadcasting Code in any way, as well as the issue of possible deceit, since the viewing public was never told that the event would be staged outside Nigeria.