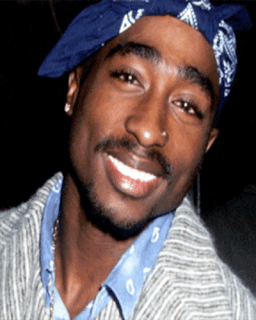 In the week following the 20th anniversary of 2Pac’s death,
we’ve seen several of the rapper’s personal items put up for sale. His Bullet-Dented Medallion was one of them!

In 1994, when Tupac was shot, he was wearing a gold and diamond pendant.  That piece of jewelry is now on sale and can be yours, but it won’t come cheap. 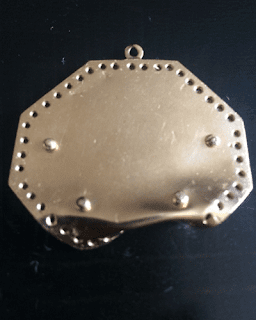 Memorabilia dealer, Moments In Time, is selling Tupac’s pendant, which was dented by a bullet during the shooting in New York City, two years before his death.  The fixed price for the sale of the pendant is $125,000. Moments in Time owner Gary Zimet told TMZ the pendant was worn on a chain around Tupac’s neck when he was shot.  A family member of the late rapper gave the jewelry to M.I.T. to sell, and that family member will receive a majority of the profits.

TMZ, however, reached out to Tupac’s estate, and they are strongly against the sale of the pendant.  They reportedly told the publication that no one has the authority to sell any items that belong to Tupac, not even family members.  His estate says they will file a suit against anyone who sells an item, and will also go after anyone who buys one as well.
As of last Sunday, the item is still listed on the MIT site—so…anyone interested ?
By Solomon Isa at January 06, 2017
Email ThisBlogThis!Share to TwitterShare to FacebookShare to Pinterest