NIGERIAN REACT TO THE PURCHASE OF N157 BILLION WARPLANE 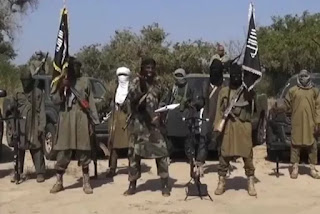 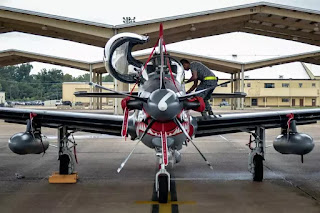 This decision, if approved, the expert said will be meaningless and not help the fight against terrorism in Nigeria

Some members of the Boko Haram A former State Department top expert on Nigeria’s security Matthew Page had in a piece asked the government of the United States of America to reconsider its plan to sell 12 warplanes to Nigeria.

A proposal for the sale of the warplanes – A-29 Super Tucano light attack aircraft – is expected to be tabled before the US congress. Page’s article on War on the rocks said both countries expect the planes to strengthen Nigeria’s effort in her fight against insurgency raving the country since 2009.

However, page added that US policy makers want the sale to represent their collaboration in assisting Nigerian in its counter-terrorism fight.

But Page, believes the act will only undermine US corruption policy, overlooks recent human rights abuses perpetrated in Nigeria, it would not help in the fight against the dreaded terrorist sect – Boko Haram, It would not foster a closer defence relationship and above all, it is way too expensive for Nigeria to afford it.

As a buffer to the points raise, Page, also gave reasons why he thinks the idea should not be pushed further by the US government and its policy makers.

However, some Nigerians who reacted to Page’s reasoning said its still unbelievable that Nigeria cannot produce equipment it needs for its operations.

Others said such expenditure is uncalled for since many Nigerians are dying of hunger and children of malnutrition.
By Solomon Isa at November 12, 2016
Email ThisBlogThis!Share to TwitterShare to FacebookShare to Pinterest