MMM: THE MYTH, THE TRUTH AND THE RISKS NIGERIANS ARE TAKING 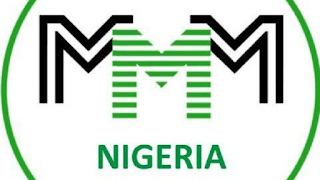 MMM Hazeez Balogun Despite Security Exchange Commission and Central Bank of Nigeria’s warning that Nigerians should steer clear of the Mavrodi Mundial Movement (MMM) scheme, the number of subscribers has continued to climb and the scheme has become the current number one investment for many Nigerians in recent times.

The scheme pays over 30 percent on investment to subscribers in one month while giving them numerous bonuses for bringing in new investments. This of course looks like the ‘wonder banks’ of the 90s that crashed with billions of Naira belonging to investors disappearing with them.

Yet, Nigerians continue to put their fate in
MMM. It is now even being preached in some churches as a good source of investment.

A look into the scheme has revealed the reason why the scheme is working and why people are very much attracted to it. It also uncovers flaws and reasons why it may crash.

The Mavrodi Mundial Movement was instituted in Russia in 2011 by a mathematician and statistician named Sergey Mavrodi. He had created an algorithm that allows subscribers to have a huge purse of funds where they can draw from as long as new subscribers are willing to fund whatever was taken out. It is more like a Ponzi scheme or a pyramid scheme but with a twist. A Ponzi scheme collects funds from investors and use the funds of new subscribers to pay old subscribers and when there are no new subscribers the scheme breaks down.

It allows one to give out fund to people with the assurance that they will get assistance when they request for it. MMM simply make new ‘helpers’ to transfer money (‘help’ as they call it) to other people who had provided help previously to earlier participants and the circle continues. But it is not really a circle and does not go round, instead it is a pyramid that keeps going up and this may have consequences on the long run. If you accept to provide help of N100,000 for example, the bank account of either one person who requested for help of N200,000 or a number of people whose total request is N100,000 will be sent to you to pay the money into, which you have to pay. Paying this money will allow you to be qualified for ‘help’ as well. But it goes more than that. Paying N100,000 you get N130,000 as help. Here is how the extra N30,000 is derived.

Once you have the N100,000 in the system, you earn One percent on your investment every day. In 30 days that makes the N30,000. But the money is actually not an interest. All monies on the scheme is called ‘Mavro’. So your N100,000 is converted to 100,000 Mavro. Each Mavro is not really money, but a unit of trust or a unit of ‘helperbility’. So for you to leave your 100,000 in the scheme, you earn 1% on your helperbility. Meaning the more you are willing to help, the more help you can get. This helperbility you earn can now be converted back to Naira at N1 to 1Mavro.

However, it is not necessary at all to wait for a month. Help can be requested at any time. But only after confirmation of your Mavro. One gets confirmed after actually transferring money to someone who needs assistance. The scheme goes on and on as long as there are more people to give out their money to people who need it.

Government Intervention Since it became popular earlier this year, government has tried to dissuade Nigerians from participating in the scheme. They have issued numerous warning telling Nigerians that the scheme is a scam and it will crash in future. Director of Corporate Communications, CBN, Mr. Isaac Okoroafor, says MMM is a Ponzi scheme.

“At times like this when the economy has suffered some decline, Nigerians should be very careful with those they deal with. Any institution that is not licensed by the CBN to accept deposits should not be given money to keep under any guise. We can vouch for the banking system. The deposit money banks are the only licensed institutions to take deposits. If you need to deposit money in any form, go to any of the deposit money banks and put your money, you can buy fixed income instruments or invest in stocks,” he said.

Okoroafor said the CBN could not guarantee the unregistered institutions, insisting that when depositors lose money to them, the bank would not be able to help them. According to the Security Exchange Commision (SEC), the venture had no tangible business model, describing MMM as a Ponzi scheme, where returns would be paid from other peoples’ invested funds.

“Ponzi scheme is a fraudulent investing scam promising high rates of return with little risk to investors. The scheme generates returns for older investors by acquiring new investors and will later crash,” the Commission’s site reads.

So the question is, why is the government not doing anything about it if it is considered dangerous? The answer lies in the model of MMM. It has no physical or tangible asset. The whole business model relies on the internet and mutual trust between subscribers. So it is difficult for the government to halt their operations or have any control over them.

Blocking MMM is just like blocking Facebook or any other site. Also, users are already informed that they are sending out money on their own accord. The Growing Users Despite all the warnings, MMM users continue to grow in number. Even MMM managers clearly states on their website that there is no guarantee of getting back your money after you have provided help yet the system is well designed in such a way that you provide help before you can be helped. Meaning when your money is in, there is no 100 percent security guarantee that you will get your money back. Though for now it is working, there is no assurance it will in future. Despite this, many continue to harp on the scheme, even those who are meant to know better. From studies, members with the highest funds in the scheme are in the banking sector. And they even encourage others to go into it. Shade, who works in a first generation bank and does not want her surname released, says that MMM is her biggest investment till date and she now makes money from her profit from the scheme.

“I was one of the early people on MMM. I have a client who keeps bringing in huge sums every month. She later introduced me to MMM. I started with just N5,000 and in less than two weeks I was able to get my money back with interest. Now I have millions in it,” she says.

When asked if she is not afraid that the scheme may crash, she has this to say, “If it crashes tomorrow, I will not lose a Kobo. I started with N5,000 like I told you and later put in over N250,000 of my own money and that was all I put into it. Today I operate it with millions.”

A new subscriber, John Eyighator, says that he is joining the scheme just because everyone is doing it.

“My colleague made N300,000 last week and I have heard many other people that are saying good things about it. No bank can give me that kind of money, so I decided to try it. I put in N100,000 this week, immediately they confirm me, I should be able to make over N60,000 extra. These are just a few of those we spoke with who all have something positive to say about the scheme. However, there should be a source for concern. Unanswered Questions There are some things about MMM that does not add up, which subscribers should be aware of. Firstly, Mavrodi Mundial Movement is not registered as a company in Nigeria. If a company is helping others legally then they should not find it difficult to register the company and even have an office. However, a user countered this point. 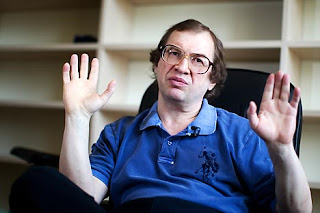 According to Ity, solutions owner who is also a ‘Guardian’ (people with large number of subscribers with MMM), he says “As for MMM not being registered legally, you should know that MMM is a donation system, there is nothing illegal about donations. All monies are being transferred peer-to-peer.” He asks that his name is not published. 

Secondly, it is not explained where that 10 percent that is given to new subscribers comes from. The scheme is pretty simple, but there is the question of where the funding for the 10 percent given to first time users comes from. It only means that the operators of MMM are also involved one way or the other.

Also, when we looked into the history of the founder of the scheme, Sergey Mavrodi, not much can be said about his financial history. The only thing positive to his credit is that fact that he is a very good mathematician. Apparently, MMM is not the first scheme that Mavrodi has created. He founded the first scheme in 1989 but it later crashed and he was sentenced to prison.

He was then elected a local council member in Russia while in prison so he was released due to the immunity he got from his position. Mavrodi declared MMM bankrupt on December 22, 1997, then disappeared, and was on the run until his arrest in 2003. Wikipedia also said he was deported from USA for fraudulent dealings and in 2007, a Moscow court sentenced him to four and a half years in a penal colony. The court also fined him 10,000 rubles ($390).

In January 2011, Mavrodi launched this current pyramid scheme called MMM scheme which has lasted till today. This time, he targeted third world countries including India, Latin America and countries in Africa including Nigeria. Today, Nigeria has the highest number of MMM subscribers in Africa. Also, subscribers need to be afraid that the scheme may well be on its way to a big crash. This is because it has already crashed in Zimbabwe and many lost all their life savings. This is reminiscent of what happened in Russia.

Finally, one also needs to be wary of organisations that refuse to speak to the press. For this story, Hazeez Balogun tried to reach the people in MMM through their website. He even asked a lady called Tonia who was responding to him thinking he wanted to subscribe. But she later stopped responding when he introduced himself as a media person. If MMM has nothing to hide, they should hold a press conference, or an event letting Nigerians know the faces behind the scheme.

A financial analyst, Ben Agbakoba says that such schemes can only thrive in third world countries like Nigeria because many people are poor and are looking for get rich quick schemes. He says the scheme will work for a while but will eventually crash.

“They are only taking advantage of our poor economy. Such schemes cannot work if Nigerians are well off. It is hard to tell Nigerians to stop patronising the scheme. If we say so, the scheme will crash. And if it continues, it will still eventually crash. But people will prefer not to know exactly when it will crash. I think they should continue, after all, they all know the risks involved,” says Agbakoba.
By Solomon Isa at November 11, 2016
Email ThisBlogThis!Share to TwitterShare to FacebookShare to Pinterest