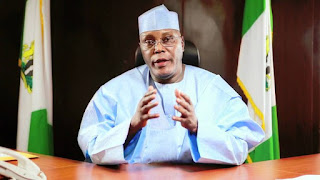 Atiku made the disclosure in an interview with the media team of the Economic and Financial Crimes Commission (EFCC) in the latest edition of the anti-graft agency’s Zero Tolerance Magazine.

The former VP during the interview said, “If Atiku is corrupt, he would have been found guilty of corruption by all the panels and
probes and cases brought before courts.

“I remember the only corruption indictment against me was a white paper which was cooked up by our own administration over night to including the very EFCC that I helped found and other cabinet ministers, which I challenged in court.

“The court rightly dismissed all those indictments as being mere political; and till today nobody has ever indicted me of corruption.”

Speaking further, he dismissed allegations leveled against him by the Governor of Kaduna, el-Rufai’s in his book Accidental Public Servant.

He stated, “This is the same el-Rufai and others who incorporated Transcorp during my time as Vice President and offered me shares and I declined.

“I wrote to them officially to say it was unethical of me to have accepted those offers, so, where is the corruption toga coming from,” he said.
By Solomon Isa at November 14, 2016
Email ThisBlogThis!Share to TwitterShare to FacebookShare to Pinterest