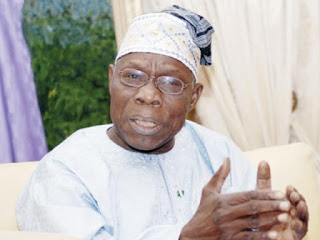 America’s President-Elect, Donald Trump, has been congratulated by former president, Olusegun Obasanjo. He also promised to
work with Trump to attain a “fairer world.” The former president personally signed the letter dated November 9 which says:

“I felicitate with you, your family and everybody in your campaign for winning the presidential elections to become the 45th President of the United States of America.”

“Let me assure you that most of us in Africa who believe in equitability in the global affairs will work with you for a fairer world and more so, those of us in Nigeria.”

" While congratulating you once again, please accept the assurances of my highest consideration.”

Mr. Trump of the Republican Party emerged the winner of the November 8 presidential election in what was described as the greatest electoral upset in the history of elections in that country. He defeated his closest rival, Hillary Clinton, of the Democratic Party, who was projected to win the election.
By Solomon Isa at November 12, 2016
Email ThisBlogThis!Share to TwitterShare to FacebookShare to Pinterest