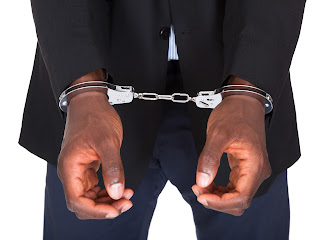 A 47-year-old man, Emmanuel Magbatie, has been arrested for allegedly defiling an 18-month-old girl in the Owutu axis of Ikorodu, Lagos State, Vanguard reports.


The sad incident took place last Wednesday in Ikorodu, and the victim was rushed to Ikorodu General Hospital by her parents. The next day, they took her to Mirabel Centre at the Lagos State University Teaching Hospital for tests and professional assistance.

According to the Coordinator of Lagos State Domestic and Sexual Violence Response Team (DSVRT), Lola Vivour-Adeniyi, the victim’s mother said the suspect was her neighbour. Vivour-Adeniyi said that the DSVRT has facilitated the transfer of the case from the Owutu Police Station to the gender desk of the state Police Command in Ikeja last Friday.

She added the suspect would be detained and charged to court after Mirabel Centre releases the result of the test.
By Solomon Isa at August 09, 2016
Email ThisBlogThis!Share to TwitterShare to FacebookShare to Pinterest