The vast majority of Americans say they are afraid of at least one of the two major candidates - the Democratic Party's Hillary Clinton and the Republicans' Donald Trump - winning the US presidential election, according to a new poll.

More than four-fifths (81 percent) of Americans say they would feel afraid following the election of one of the two presumptive US presidential nominees, a poll by The Associated Press-GfK said on Thursday.
That figure includes a quarter who say it does not matter who wins: they are scared of both. The online poll of 1,009 adults was conducted between July 7 and 11. 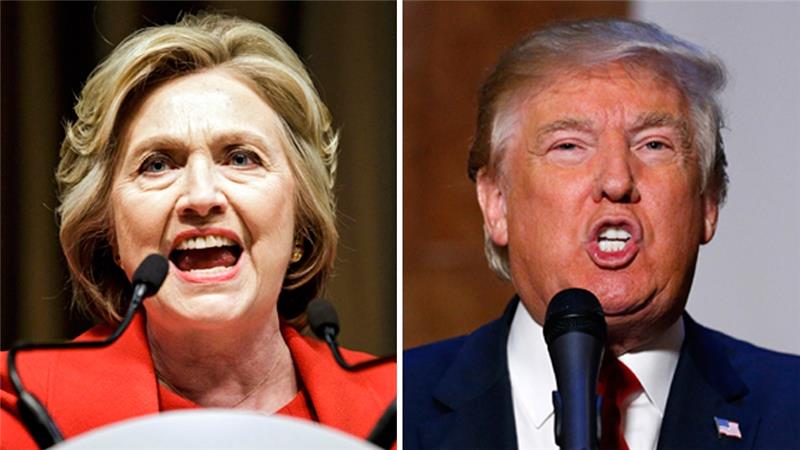 Three-quarters of voters say their pick for president is motivated by a desire to cast their vote against Clinton or Trump, more than those who say they are voting for the candidate who shares their positions on the issues or is the most qualified to hold the office.

Only 27 percent of Americans would be proud of that choice, and 26 percent would be excited at her election. The poll was conducted after the FBI recommended that Clinton should not face criminal charges for her use of a private email account and servers as secretary of state. More than half of Americans said they believed Clinton broke the law by using private servers and a private email account for classified material.

Clinton has started to acknowledge that many voters simply do not trust her.

"I personally know that I have work to do on this front," she said in Chicago last month.

"You can't just talk someone into trusting you. You've got to earn it."

Of those backing him, 14 percent consider him at least somewhat racist. But even while they voice concerns about their own candidate, vast majorities of voters see the alternative as far worse. Eighty percent of Trump supporters and three-quarters of Clinton backers say a major reason for their support is opposition to the other candidate.
By Solomon Isa at July 16, 2016
Email ThisBlogThis!Share to TwitterShare to FacebookShare to Pinterest